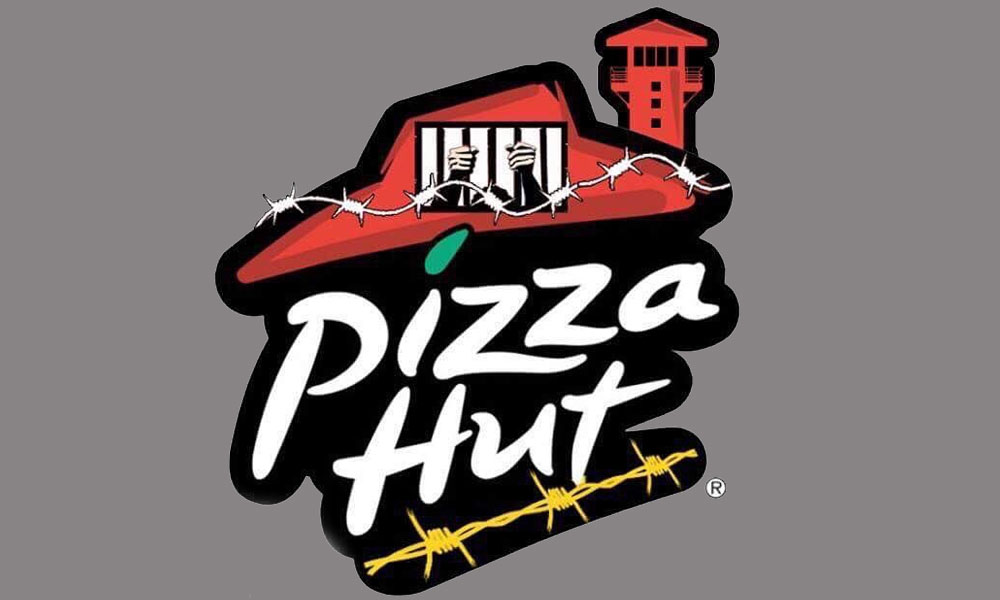 Palestine called in the boycott of Pizza Hut after a controversial post was shared on the company’s Isreali Facebook page. The post mocked the Palestine leader, Marwan Barhgouti, who is currently in Isreali jail and is on a hunger strike!

Israel’s Pizza Hut used the picture as an advertisement, writing on top of the photo; “Barghouti, if you’re going to break a strike, why not pizza?”

The picture was photoshopped to show a box of pizza hidden under the prison bunk and a slice inside what looks like the sink.

More than 1500 prisoners have joined Barhgouti in a hunger strike since April 17th, but the Isreali government has claimed that he had already broken the strike twice by eating candy bars and cookies. However, representatives of the Palestinean hunger strike has deemed this claim as false.

Palestinians and Palestine supporters taking to social media to call for a global boycott of the brand and for legal action to be taken against them for the advertisement which has sparked anger in the hearts of thousands.

The Boycott, Divestment and Sanctions movement also called for a worldwide boycott of the chain for its “mocking of the prisoner leader and its involvement in the Israeli occupation.” Even though the post was removed, the screenshots of the ad already started to circulate on social media receiving heaps of backlash.

Here’s how the boycotters reacted:

Pizza Hut taking some advantage of the hunger strike to make some money.#boycottPizzaHut @pizzahut @pizzahutisrael pic.twitter.com/KaloSkoAX7

#boycott_pizzahut Palestinians demand an official apology from the pizza hutt industry or the boycotting campaign will be huge. @pizzahut pic.twitter.com/WE8DwYTJuF

While global brands’re trying to look angelic by linking to humanity, Pizzahut is the devil after mocking prisoners strike #boycott_pizzahut pic.twitter.com/BLUkixo9y2

So it racism is in the form of Pizza Hut#pizzahut#boycott_PizzaHut#free_palestine#Israel_racist#usa#مقاطعة_بيتزا_هت pic.twitter.com/EsigL4wT1I

The company then made a public apology on its international Facebook Page. Pizza Hut apologised for the “completely inappropriate” advertisement and said that it “does not reflect the values of our brand”.

Mother’s Day 2017: Best Deals & Discounts To Treat Your Mum Like a Queen!