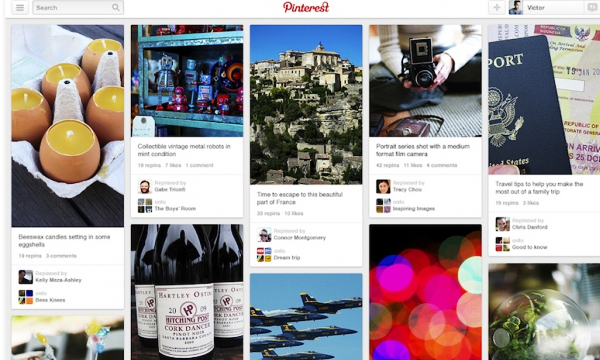 Popular online bulletin board Pinterest on Wednesday began pushing “pins” sponsored by advertisers into countries outside the United States, starting with Britain.

San Francisco-based Pinterest introduced “Sponsored Pins” about 18 months ago, making money by letting brands or companies pay to display advertising in the form of posts “pinned” to virtual bulletin boards at the service.

Kendall said the international expansion would begin in Britain because that is a “priority market” with a large number of Pinterest users, including businesses. Through the year, Pinterest planned to spread sponsored pins to more English-speaking countries including Australia, Canada, and Ireland.

Markets in which English is not the main language will be then be added, with the timing yet to be determined, according to Kendall.

Pinterest sees itself as being positioned at crossroads of social networking and online search, with people tending to use it as they seek products or services and make plans.

Instead of coming to Pinterest to see photos of friends, people come with “commercial intent” that puts the online bulletin board in an ideal position to display native advertising for trips, clothing or other offerings users may want, according to Kendall.

Many companies or marketers are already on Pinterest, with some three-quaters of the content posted there coming from company websites or corporate blogs.

Paying for Sponsored Pins can get them displayed more often, and aimed at targeted audiences. For example, a pin paid for by a shoe company could display some of its selection to a Pinterest user who has searched for footwear.

Pinterest ranks of advertisers in the US is already reported to be in the “tens of thousands,” including many small and medium enterprises.

Founded in 2010, Pinterest boasts more than 100 million users, some 45 percent of them outside the United States. A Silicon Valley star, the start-up was valued about $11 billion in a round of private financing in March of last year.