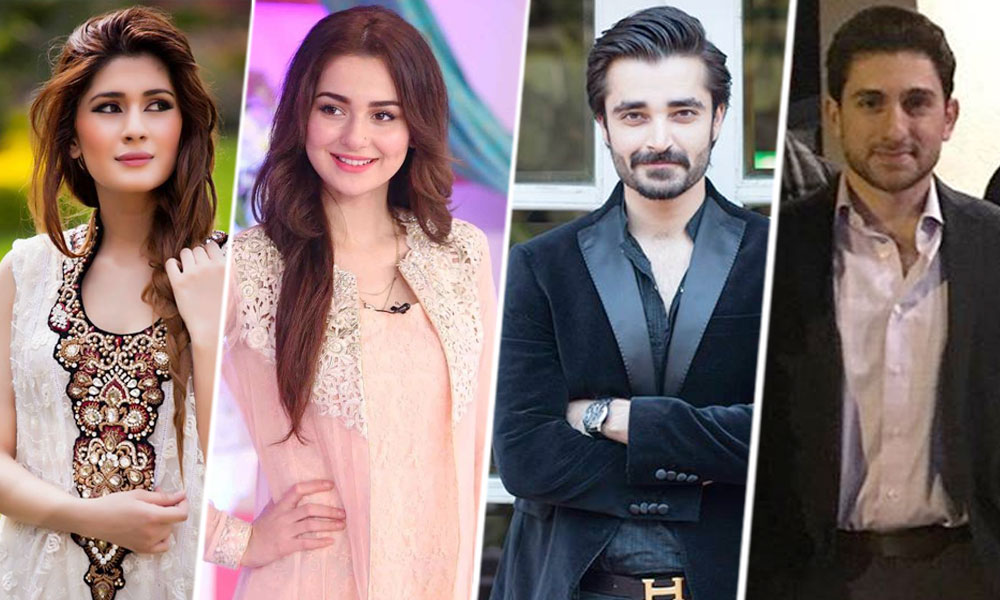 After announcing the lead cast of Hamza Ali Abbasi and Osman Khalid Butt, the leading lady of Parwaz Hai Junoon is finally revealed! The bubbly beauty, Hania Amir has bagged the role of the main female lead in the Airforce saga.

Hania Amir’s first look is out and the ‘Janaan’ star is seen together with rising star Sabeena Saeed. Osman Khalid Butt has now left the cast as the actor was busy with the promotions of Balu Mahi. Now, Ahad Raza Mir will be replacing the star.

However, another big entrant in the cast is the rising comedian, Syed Shaafat Ali who will playing a prominent role in the tale.

‘Parwaaz Hay Junoon’ is the directorial debut of award-winning director Haseeb Hasan and has been penned by Farhat Ishtiaq of Humsafar, Diyar-e-Dil & Udaari fame.

We did some social media stalking and spotted the cast having a blast on the sets of Parwaz Hai Junoon!

A few days beyond the wall PC: @thekubism

In Love with These Peoples #kubrakhan

The film is being produced in collaboration with Pakistan Airforce and will be focusing on highlighting the stories from real life, with real-life air force pilots & personalities to play part in the film along with the lead cast.

Parwaaz Hay Junoon is slated to release at Eid-ul-Adha in 2017.