The public gained its first access to the Panama Papers records of over 200,000 secret offshore companies Monday when the International Consortium of Investigative Journalists put a searchable database up online.

The database, built on just a portion of the 11.5 million documents leaked from the Panama law firm Mossack Fonseca, reveals more than 360,000 names of individuals and companies behind the anonymous shell firms, the ICIJ said.

It reveals the full extent to which the world’s wealthy, alongside criminals, create such nominee companies to stash and transfer assets out of sight of the law and tax officials. 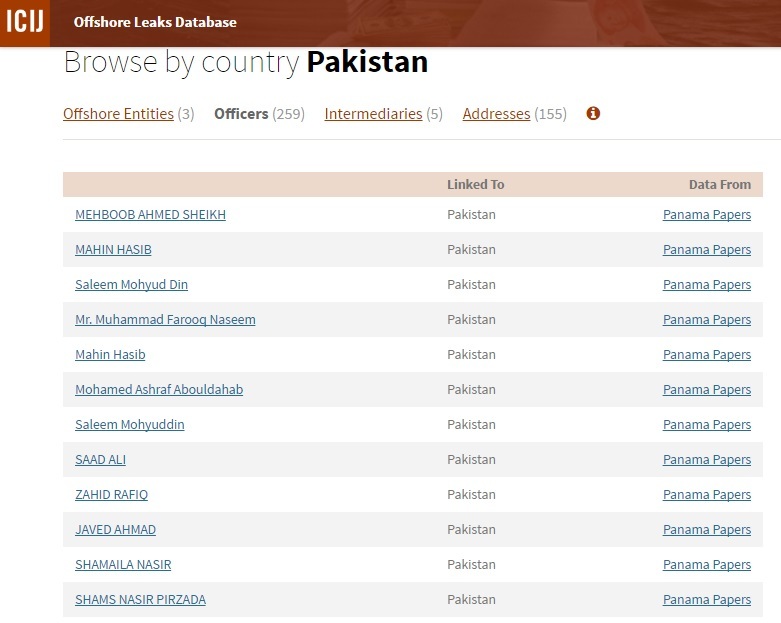 Reports already published in April based on the explosive dossier linked some of the world’s most powerful leaders, including Russian President Vladimir Putin, British Prime Minister David Cameron and others to unreported offshore companies.

Until now access to the total cache of documents, originally provided by a mysterious “John Doe”, was restricted to the ICIJ and a select group of international media.

In the public interest

The ICIJ said Monday it is publishing some of the information catalogued in a database “in the public interest,” as a global movement against tax evasion and the secrecy accorded the beneficial owners of anonymous shell companies gains force.

The database “allows users to explore the networks of companies and people that used — and sometimes abused — the secrecy of offshore locales with the help of Mossack Fonseca and other intermediaries,” the ICIJ said.

It said it was not making available raw records online, nor was it putting all the information from the records out, in part to prevent access to bank account details and personal data of those mentioned.

The database can be searched by individual and company name and address, and shows links between those in the database.

But it gives no information — beyond their name — on the full identities of those behind the companies, nor of the underlying assets linked to the accounts.

And often the names of companies are linked to other similarly anonymous companies.

Even so, the individuals associated with the firms plainly come from all four corners of the globe. Many of the names are Chinese, Middle Eastern, Latin American and European.

The data came from nearly four decades of digital archives of Mossack Fonseca, one of the leading firms in the world for creating secret companies.

It is not known how the documents came to light; Mossack Fonseca says its computer records were hacked from abroad.

However they were obtained, “John Doe” first provided them to the German newspaper Süeddeustche Zeitung, which then approached ICIJ to organize a collective analysis of them.

The groups working with the ICIJ had full access to the Panama Papers, and their research has linked political leaders, celebrities and a few criminals to the companies.

– Putin’s closest circle moved $2 billion through banks and shadow companies, according to the ICIJ, prompting the Russian leader to claim the PanamaPapers was a US plot against him.

– China censored media and online social networks from mentioning links between the families of Chinese leaders with offshore entities.

Mossack Fonseca on Thursday sought a court order last week to prevent the ICIJ from putting the data online, arguing it would violate attorney-client privilege.

But the ICIJ said it is important the public be able to look up information on any offshore company.

“We think that information about who owns the company should be public and transparent,” Marina Walker Guevara, deputy director of the ICIJ, told CNN.

She stressed, however, that “this is not disclosing private information en masse.”