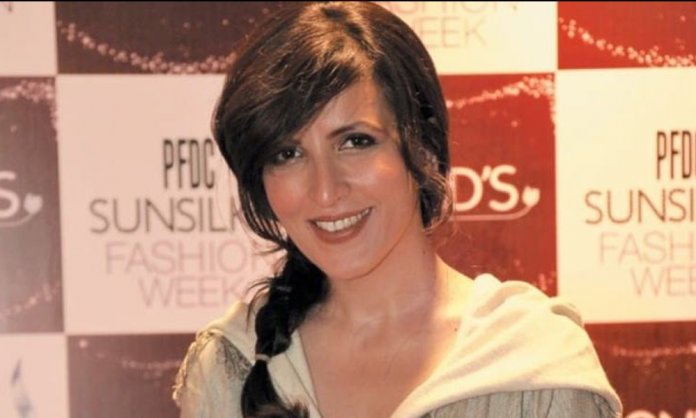 Nadia was popularly known as Neini amongst friends and had been an important part of the entertainment industry for years.

Faisal was associated with the industry for 20, and with Geo for 13 years as she overlooked the television channel’s entertainment coverage as head of the Entertainment Desk, and covered music, film, art, theatre, and fashion in her news reports.

Renowned film and music producer Faisal Rafi confirmed the death reports of his beloved wife. He took to social media to break the news. His tweet reads:

Dear friends and colleagues, my wife Nadia Faisal who most of you knew as Nieni passed away today after a long struggle with cancer, will share funeral details soon, please remember her in your thoughts and prayers.

Her funeral will be carried out during Zuhr at Mubarak Masjid, Seaview today.

Shocked to hear about death of a wonderful colleague and one of the senior most entertainment journalists, Nadia Faisal (Neini). She was the editor of the entertainment desk at Geo.
Inna lillahi wa inna ilayhi raji’un

A very good friend & Senior entertainment #Journalist at #Geo Entertainment, Nadia Faisal (Neini) lost her long battle to #Cancer. Extremely sorry @faisalrafi to hear about your loss, My thoughts & prayers goes out to you & your family. May she rest in peace #NadiaFaisal https://t.co/dHsSKd8dB4 pic.twitter.com/eXjqdYKcuC

She was such a sweet & kind person, always smiling. I can still hear her sweet voice in my head…
😣
plz say a prayer for our Nadia Faisal. She was heading entertainment desk geo news… Rip Nini pic.twitter.com/bNUzGkCgyz

Journalist Nieni Rafi (Nadia Faisal) of Geo News has passed away… To the stars we return pic.twitter.com/kBkNyONvK4

Really sad to hear about the tragic passing of Nadia Faisal. A wonderful human being moved on from a world to a universe. She sure lost a battle against a disease but won many hearts during her brave fight. May her soul RIEP. Sincere sympathies with her family & friends.

With a heavy heart, Brandsynario gives its condolences to the family of the deceased.

Mehwish Hayat Among Top 5 Muslim Women Who Are Transforming the World 2019!!