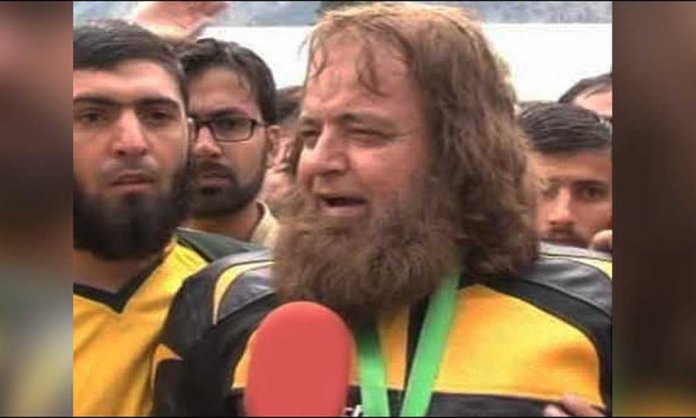 Pakistan is a country filled with individuals with mass potential who have always excelled in various fields.

One such individual who has made the countrymen proud again and again on his achievements is none other than Pakistani stuntman Sultan Muhammad Khan popularly called Sultan Golden.

Hailing from Balochistan, Sultan is a motorcar and motorcycle stuntman and jumping specialist who has now set the world record for “reverse driving” which was previously set by an American driver at 58.48km.

Fast-forwarding further back, the young at heart Sultan had achieved fame after successfully jumping over 15 cars in 1984 through burning wooden walls. Not just that, he has also driven through a 60-foot long tunnel of fire at Minar-e-Pakistan.

In 1987, Sultan once again pulled off another stunt by jumping over 22 cars- a distance of 249ft! This stunt got him a place in the Guinness Book of World Records.

He plans on making 3 more records during the Shandur Polo Tournament this year. Local and international tourists have gathered for the festival and to witness Sultan Golden make Pakistan proud once again.

Scholarships in Pakistan: Scholarship Opportunities by The British Council