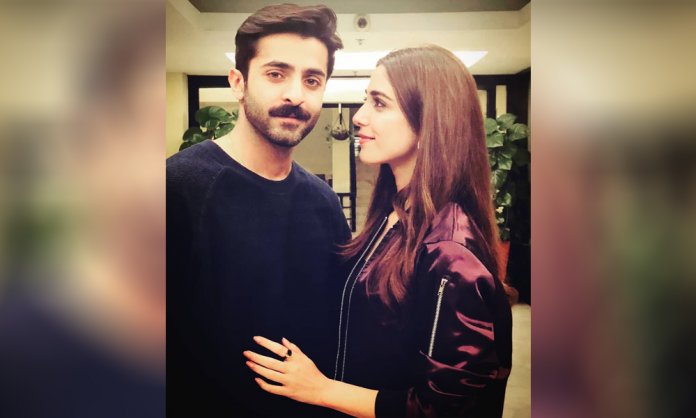 A few years back we used to go by Capri Cinemas on M.A. Jinnah Road and not even bother to look at the movie billboard. It was partly because of the semi-naked ladies, overly sexualized in hideous outfits. And partly because of the overall desi feel which was constant in every movie with the lead actor carrying a gandasa, making sure you won’t look at the billboard even if you wanted to.

The current generation cannot be more proud of witnessing the revival of Pakistani cinema. The audiences now eagerly wait for the filmmakers to announce new their new, mega-budget ventures, starring their favorite celebs.

This piece is particularly for those curious souls who are excited about what’s coming up for the next by the film industry. Here we have put together the most anticipated Pakistan movies 2019 which are about to hit the theaters next year

Directed by Shamoon Abbasi and produced by Majid Khan, Durj is a feature film based on true events that are beyond horrifying.

The film stars Shamoon himself, and actress Sherry Shah in the lead along with others. Speaking of Sherry Shah, the starlet shook everyone with her avatar in the movie poster. Sherry gained 40 pounds and even shaved her head for her role in the movie, proving her passion for the character in Durj.

The teasers received a great response from the audiences. Let’s hope the movie also lives up to our expectations.

It wouldn’t be wrong to say that Project Ghazi has seen its fair share of controversy. Proclaimed to be a superhero movie, its release was stopped last year because it was not complete when premiered to a selected audience.

Directed by Nadir Shah, the film couldn’t be released due to technical difficulties but sources confirm that it is now ready for release and will be making it to cinemas sometimes next year. Let’s hope it finally hits the theaters now. Keep your fingers crossed.

Teefa In Trouble’s Sequel in the Pipeline?

After the release of Parwaz Hai Junoon, you might think Sherdil would be similar. Let us ask you something. Did you enjoy watching Sultan and Dangal? Maybe, maybe not… but can you guess what’s similar between the two movies? Yes, the wrestling. So if we can support Bollywood for making movies on similar topics, we can definitely support Pakistani cinema when it does the same, without making comparisons.

Produced by Noman Khan, Sherdil seems a lot more than an acrobatic show of jets. Soon after the release of Parchi, film-maker Azfar Jafri announced working on this grand project which stars Armeena Khan and Mikaal Zulfiqar in the lead roles.

According to the makers, the movie displays women in a powerful role rather than objectifying them as an eye-candy to gain audiences attention. Jafri’s fourth venture also stars Sabeeka Imam and Hassan Niazi.

Let’s see if Sherdil lives up to all the hype.

Penned by Yasir Hussain, Wajahat Rauf announced the third installment of Karachi Se Lahore in August and will be hoping for an Eid ul Fitr release.

The makers of KSL3 promise to bring a full dose of entertainment to the viewers with an ensemble cast including the writer Yasir Hussain himself, Shahzad Shaikh, Ayesha Omar, Kubra Khan, and the internet’s favorite couple Zara Noor Abbas and Asad Siddiqui.

The previous two movies performed well at the box office. Let’s see what the third film can bring to the audiences this time. We just hope the ice cream cone doesn’t make an unwanted cameo in the third installment. *you know what we mean, right?*

Honestly, Sheheryar Munawar Siddiqui and Maya Ali look super cute together and there’s no reason to not be excited about them pairing up for Paray Hut Love.

Paray Hut Love is expected to release next year on Eid ul Adha.

Ever since Bilal Lashari announced his version of Maula Jatt 2, fans have been eager to see their favorites, Fawad Khan, Mahira Khan, Hamza Ali Abbasi and Humaima Malick on the screen, in their never-seen-before Punjabi avatars.

Fawad Khan’s last movie appearance was in Bollywood’s Kapoor & Sons and fans can’t wait for him to appear on the silver screen again. The much-hyped, high-budget movie has been in production for quite some time now.

Maula Jatt 2 is expected to release on Eid 2019. We definitely can’t wait for the return of Maula which is being termed as a game changer for Pakistan film industry.

Produced by Momina Duraid, Superstar pairs up the dashing dimpled-boy of Pakistani cinema Bilal Ashraf opposite the gorgeous Mahira Khan. Now that’s a pairing that we’d love to see on the big screen.

Directed by Mohammed Ehteshamuddin, the romantic comedy is expected to bring to you the right amount of entertainment while also delivering some important social messages to the audiences.

After giving outstanding performances in Janaan, Yalghaar and Rangreza, let’s see how Bilal Ashraf impresses the audiences this time.

Superstar is expected to hit the theaters next year around Eid ul Fitr.

After the success of Wrong No. which released in 2015, Yasir Nawaz has announced the sequel of the super-hit romantic comedy, starring Sami Khan and Neelam Muneer in the lead roles.

Sami Khan just recently worked with Yasir Nawaz in drama serial Khudgharz which was a hit among the audiences. Let’s see if the director-actor duo can charm the viewers with their cinematic venture as well.

Neelam Muneer who debuted alongside Ahsan Khan in Chupan Chupai last year is indeed an excellent actor and we hope the chemistry between the two actors turns out to be even better than Danish Taimoor and Sohai Ali Abro in the previous installment.

The movie is expected to release in 2019 around Eid.

Saqib Malik’s much-awaited directorial debut, Baaji featuring Meera in the lead, is now in its post-production stage and will be releasing very soon.

According to a press release, “the film is a social drama-cum-thriller set against the backdrop of a fading Lollywood and the emerging new order of the Pakistan film industry.”

Meera’s comeback movie ‘Baaji’ is expected to hit the theatres in mid-2019.