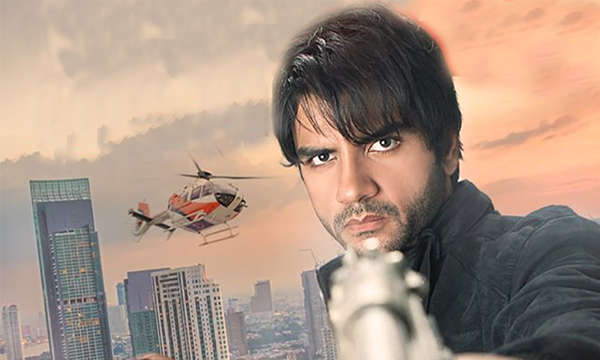 UPDATE: The old school Pakistani film by Shahid Qureshi, titled ‘Sawaal 700 Crore Dollar Ka’ has released its theatrical trailer and poster that looks promising than ever; the movie was all set to release this Eid, however due to some issues the release date has been delayed.

By the looks of the trailer, Sawal 700 Crore Dollar Ka promises to be a rollercoaster ride! Revolving around a world of crime and suspense, the movie showcases the lives of Ali Mohiuddin and Javed Sheikh two criminals, who do constant robberies, one after another.

The movie is a blend of action, revenge, hatred, love and loss. Doesnt it sound like Don?

The film is directed by Jamshed Jan Muhammed, and will release this Eid; let’s have a look at the movie’s 2nd official poster below;

The producer has roped in Bollywood singers like Shaan and Alka Yagnik. The Indian Singer Shaan said, “It was fun to sing two songs and especially since they were in ‘Hinglish’…I wish Jamshed bhai, and all my Pakistani brothers and sisters, all the best.”

A project by Jamshaid Jan Mohammad, ‘Sawaal 700 Crore Dollar Ka’ is the latest in the long line of Pakistani movies set to release this year. The poster has just been released on social media.

With the entire shooting to be done in the exotic locations of Sri Lanka & Thailand, behind the scenes pictures were bound to surface.

Take a look below:

The movie is slated to release later in 2016.