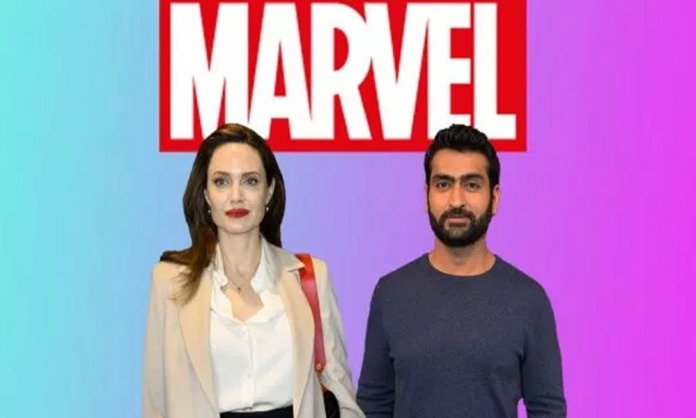 We love how the Marvel Cinematic Universe is taking inclusivity seriously. Heroes are no more only white men.

From Muslims, people of colour, to women and the LGBTQ community, representation of minorities is becoming necessary and gaining a lot of appreciation, too.

Upcoming Superhero movie Eternals is the second Phase 5 film after Black Widow and the first to feature all-new Marvel comic book characters. Directed by Matthew and Ryan Firpo and directed by Chloé Zhao (The Rider), Eternals is all set to be released on 6th November next year.

The movie’s cast looks quite promising and inclusive, with Tessa Thompson’s Valkyrie as the first LGBTQ superhero in the franchise, an openly gay character, and Kumail Nanjiani, a POC as one of the lead characters.

Me with a bunch of great people. #Eternals #MCU

The story of the film is centered around a group of immortal beings with the duty of guarding the planet from evil.

Kumail Nanjiani is a Pakistani-American stand-up comedian, actor, podcast host, and writer who gained rising popularity when he starred in the romantic comedy The Big Sick.

He will be playing the character of Starfox, who is an Eternal from Titan (and Thanos’s brother) with the power to control others emotions. 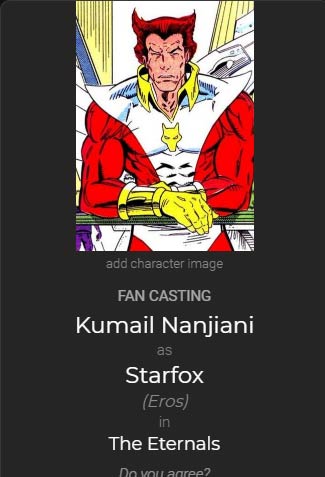 His looks, sense of humor, and charm both on and off the screen will definitely be worth watching!

Are you excited for the to watch Kumail Nanjiani alongside Angelina in Eternals?