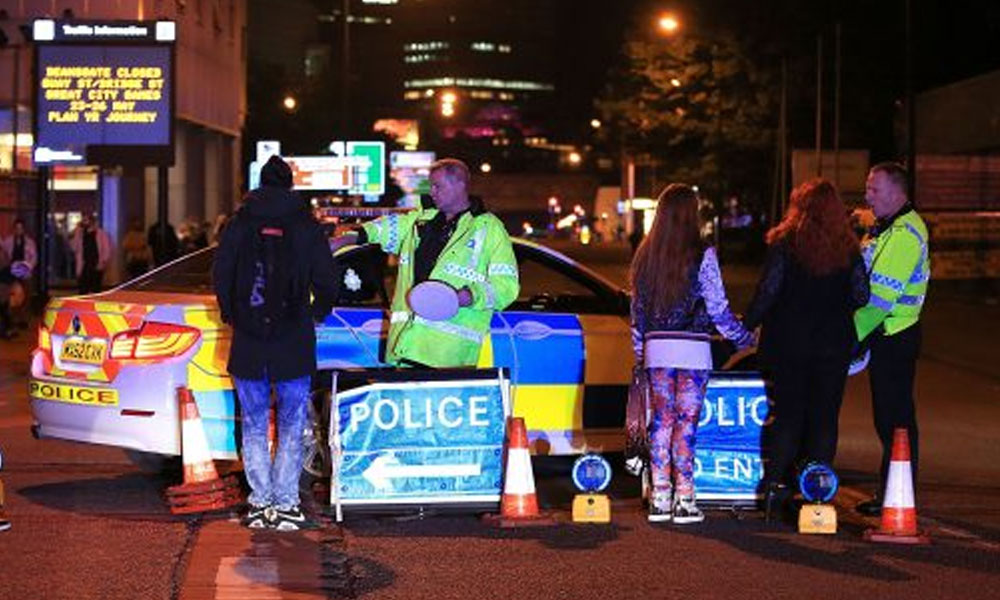 Update: Death toll has increased to 22.

Unfortunately, another attack has shaken the world. This time, 19 innocent lives were taken whereas over 50 were injured in an attack carried out at Manchester Arena, Monday night on 22nd May.

60 ambulances attended the wounded where American star, Ariana Grande had just wrapped up her concert, however, it is still unclear where the attack exactly took place. As of now, it is suspected that it occurred at the foyer of the venue. The blast sparked a stampede amongst the attendees of the concert attendees. Singing sensation Ariana Grande expressed her thoughts through Twitter.

broken.
from the bottom of my heart, i am so so sorry. i don’t have words.

Asides Grande, many Pakistani celebs also expressed their condolences and condemned the attack on their respective social platforms.

No word on what caused the explosion yet.. thoughts and prayers with #Manchester

I can’t believe this has happened #ManchesterArena #Madness

I was just about to go to sleep when I heard loud explosions and screaming. Wondered what it was. People killed already? #ManchesterArena

lost phone reception on mine, only wifi is working. It is like a war zone here. I’ve never seen anything like it. #ManchesterArena

My Heart goes out for everyone in Manchester, please stay safe. I wish this world can be a much safer place. #manchesterexplosion

My thoughts and prayers are with @ArianaGrande and everyone who was hurt at the concert in Manchester.. what is happening to the world..

Woke up to the sad news of bombing at @ArianaGrande concert in #Manchester killing 20 ppl & 50 injured. May everyone reach home safely

Videos of the inside and outside of the venue, while the explosion occurred, have surfaced on social media givings insight of the panic which stirred inside of the arena.

The chaos outside #manchesterarena when we were all trying to get out😫I hope everyone is okay ❤️ #Manchester pic.twitter.com/ISgx3AzJTF

The chaos outside #manchesterarena when we were all trying to get out😫I hope everyone is okay ❤️ #Manchester pic.twitter.com/ISgx3AzJTF

I never ment to record this but this is me leaving ariana grande #DangerousWomantour #ManchesterArena hope everyone is safe and got out pic.twitter.com/TLu73UBl0x

EXPLOSION AT MANCHESTER ARENA AND EVERYONE RAN OUT SO SCARY😭 pic.twitter.com/pJbUBoELtE

International celebs and personalities also expressed their sentiments and reached out to the families of the victims expressing their grief. Concerts and escape places for all, they are venues filled with lively souls and should remain that way.

Canadians are shocked by the news of the horrific attack in Manchester tonight. Please keep the victims & their families in your thoughts.

I am devastated. Sending prayers to everyone in #Manchester

My thoughts, prayers and tears for all those affected by the Manchester tragedy tonight. I’m sending all my love.

Praying for everyone at @ArianaGrande‘s show

Our prayers and strengh to the victims and their families involved in this tragedy in Manchester. Stay strong. @ArianaGrande 🙏🏾

Terrorism is a global issue destroying the idea of “LIFE” 💔💔💔💔 #ManchesterArena Prayers for everyone who has been affected !!!

Brandsynario expresses its deepest condolences to all the families and condemns the attack.