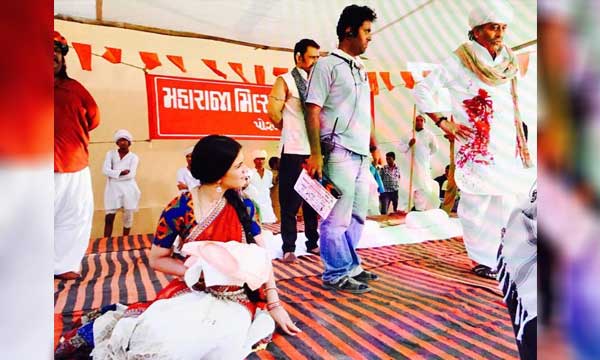 Vinod Khanna’s tragic death has for sure left the whole Bollywood in grief. He was a mentor to many stars and friend to many celebrities. But it is not just Indians who can relate to the actor’s sad demise. Many of his fans belong to Pakistan and even, many of our artists are paying moving tributes to the veteran.

But there is one Pakistani actress whose story about Vinod Khanna moved us. She shared her experience of meeting the golden hero when she went to India to make her big Bollywood debut.

The lucky lady was none other than Humaima Malik!

She seemingly met the star when she was shooting for Raja Natwarlal with Emraan Hashmi.

I remember you, I remember you clearly and I always will at them back of my memory but very vividly. The caramel skinned legend

Vinod Khanna made her feel that she never left her own nation!

I remember you because you made me feel like I never left mine. I remember you, your smile, your laughter, you eyes.

I remember you and I will never forget you. #VinodKhanna

She even shared a throwback picture with Vinod Khanna!

The only picture I have of you, with you. I looked up to you then, now and always. #VinodKhanna #sher pic.twitter.com/nFcmOM0Jaa

It is endearing to know that the departed star had a soft spot for Pakistani stars in India. Many might not be aware, but the Indian legend had deep roots in Pakistan, given that he was born in Pakistan.

He was born in Peshawar on October 6, 1946 at Sardar area in Cantonment jurisdiction. What is more, Khanna has worked in a Pakistani movie “Godfather”.