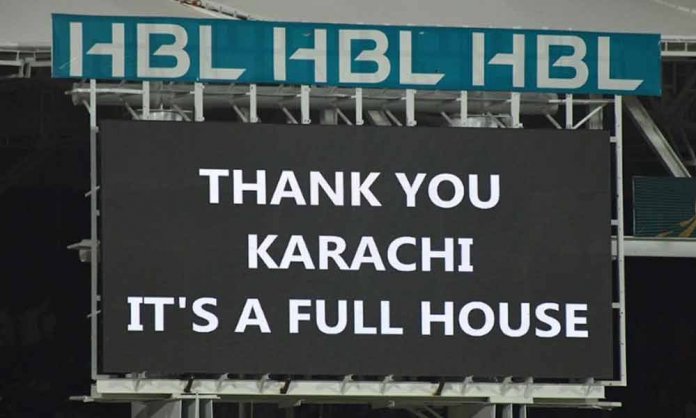 Amidst the craze for cricket, the joy of victory and successful management, Pakistan Super League (PSL) came to an end with Quetta Gladiators being the champions of the five-week-long tournament.

Clearly, PSL 4 emerged organized, professional and confident, proving to the world that it can host international cricketers despite serious obstacles. The event was being held at a crucial time when Pakistan-India rivalry was at its peak.

Not to forget, the attack on two mosques in New Zealand and the death of 9 Pakistanis in the attack too shook our nation.  A minute’s silence was observed before the closing ceremony began in memory of the 50 people who lost their lives.

Indeed PSL has accomplished a successful feat and the whole world is witness to the fact. The biggest triumph was indeed for Karachi, which had the honor of hosting all the matches in the city.

The tournament is receiving heaps of praises from not even Pakistanis but international personalities as well.

With great pride, Pakistan Cricket Board (PCB) Chairman, PCB chairman Ehsan Mani announced that next PSL will be entirely held in Pakistan

“Today for Pakistan, especially for Karachi, it’s a historic day. Since PSL is in Karachi, over 200,000 spectators witness the games at the stadium and millions witnessed on TV and digital platform”

Prime Minister Imran Khan too congratulated the entire nation for this achievement!

Major General Asif Ghafoor lauded PCB, the rangers and police for pulling off this herculean task.

Federal Minister for Information and Broadcasting, Fawad Hussain too lauded all citizens for standing up with Pakistan in this tough time.

Waooow #QuettaGladiators kamal cricket….. thank you #PeshawarZalmi for being a support for super final, #LahoreQalanders, #MultanSultan #IslamaabadUnited #KarachiKings all of you have given us our cricket back thx u for standing up in difficult times for Pak Cricket

However, its the appreciation from the ICC CEO David Richardson that stands out from the rest

“As you may be aware, the ICC has tried to support Pakistan in getting international cricket back to Pakistan on a more regular basis and I think everyone agrees that having the PSL matches in Pakistan and the final in Karachi is a great step forward in achieving that. So, well done to all involved, and thank you to the players who decided to make the trip across to Pakistan. I think you should also appreciate the work done by Pakistan as a country and Pakistan’s security forces”

David Richardson "we must commend the Pakistan team over the last year or so with their spirit on the field and the way they have played the game" #Cricket pic.twitter.com/cQxnCVsBVp

Our hearts are swelled with pride to see the city of lights, shining bright and welcoming all in its warmth!

Karachi has again proved to be a wonderful host. Filling up stands, loving the game and simply having a good time. Showing the world what is missed by the international news cycle for the past ten years. Thanks to all the international players who came. Congratulations PCB & LEAs pic.twitter.com/yngpdzr6VY

What a memorable night Karachi! What a fantastic performance team Quetta. Ahmad and Hasnain were outstanding in the big game. Loved being at NSK. Pakistan Zindabad! pic.twitter.com/IBWYdTBsrf