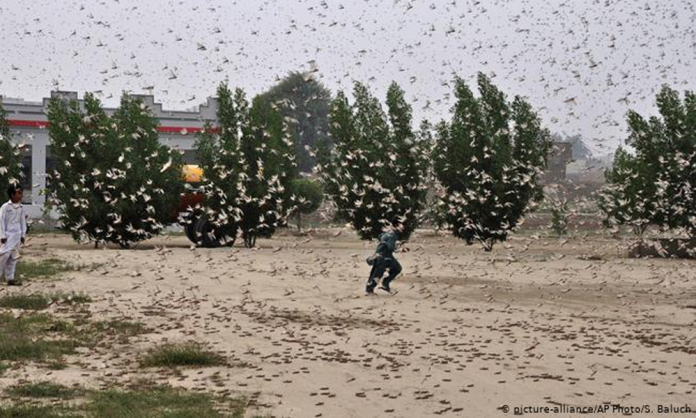 The government has shared that this is the worst locust infection the country has witnessed in over 2 decades.

“We are facing the worst locust infestation in more than two decades and have decided to declare a national emergency to deal with the threat,” Information Minister Firdous Ashiq Awan said on Saturday.

The swarm had reportedly entered Pakistan via Iran in June 2019 and since then have ravaged cotton, wheat, maize, and other crops. 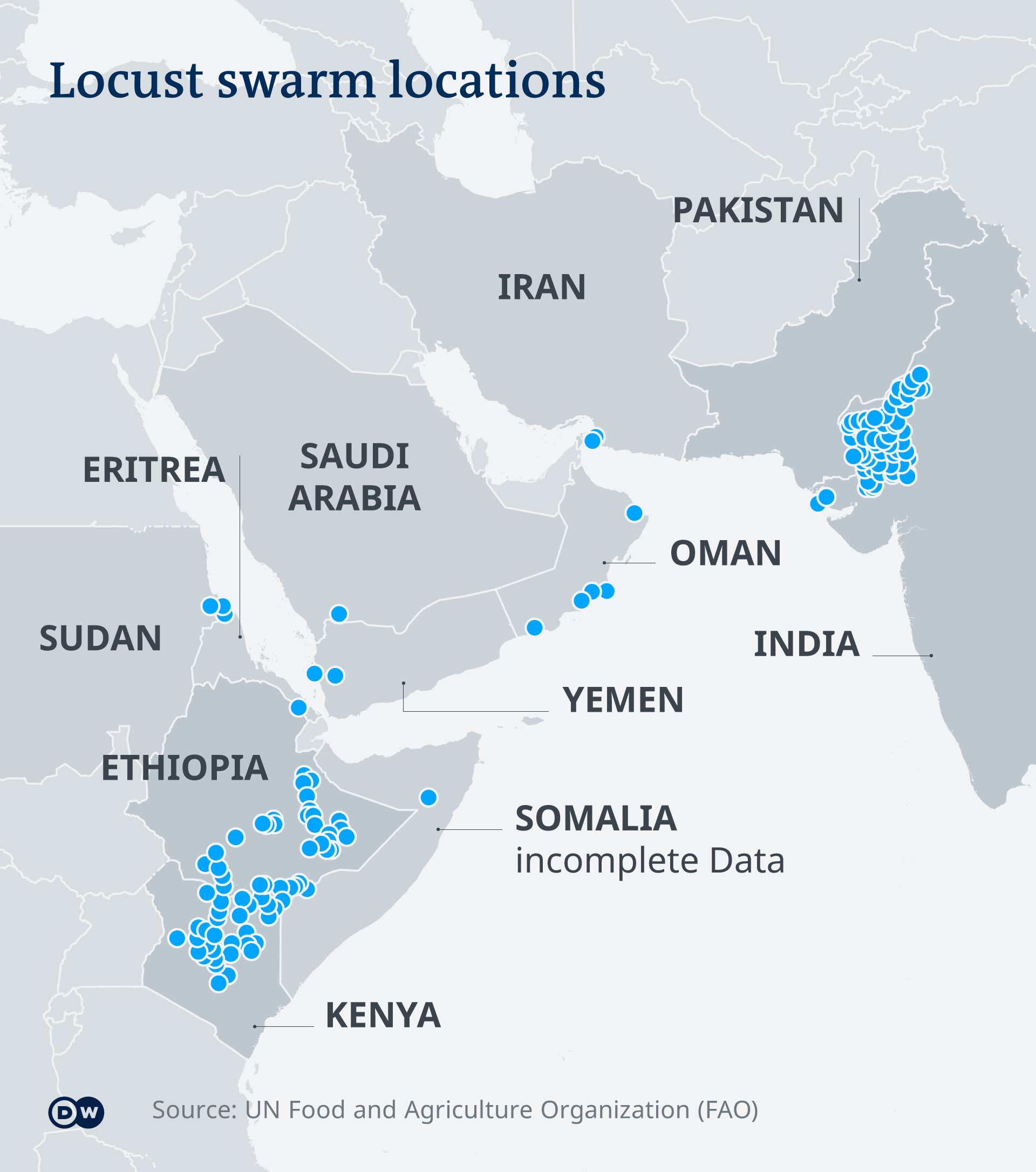 Unfortunately, the favorable weather conditions and a delayed government response have helped the locusts breed and attack crop areas. Their ability for large-scale destruction is raising fears of food insecurity within the country.

National Food Security Minister Makhdoom Khusro Bak­h­tiar said the locust swarms were currently on the Pakistan-India border around the Cholistan and were previously in Sindh and Balochistan, Pakistani newspaper Dawn reported.

The locust attack is unprecedented and alarming.

District administrations, voluntary organizations, aviation division and armed forces are put into operation to combat the attack and save the crops. -Khusro Bak­h­tiar

Imran Khan has pledged to take action and tackle this challenge head-on adding that crop-protection and protection of farmers are on the government’s top priorities.

The federal government will take all possible steps and provide required facilities to protect crops from any possible danger with special focus on the danger of locust -Imran Khan, according to Dawn

Pakistan is not the only country to have declared this emergency. Other countries have also been highly impacted by these swarms including Somalia.