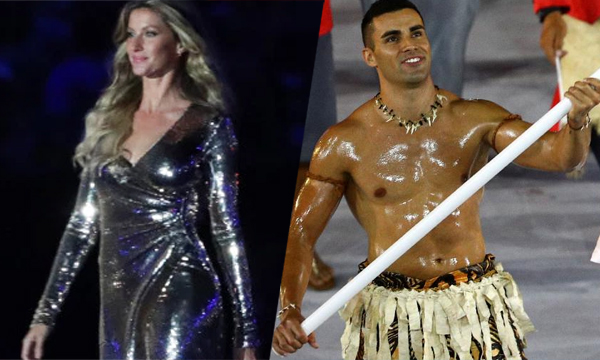 Everyone had their eyes set on their television sets as the countdown started for the 2016 Olympic Games in Rio. The games started with a big bang, with over 200 countries participating to win as many medals as possible for their country. Here is what happened and how: The 16th Olympic Games were declared open on 5 August and marked the first ever Rio 2016 Olympic Games in South America, followed by grand performances and fireworks. Tonga’s flag carrier and the Brazilian Beauty both took over the internet on the night of the opening ceremony. Ghulam Mustafa Bashir, one of the competing athletes, was graced with the honor to become the flag bearer for Pakistan.

The Olympic Cauldron was Lit Minhal Sohail made history by becoming the first Pakistani Woman Shooter in the Olympic Games, she ranked at 28 out of 51 in the qualifying rounds for 10M Rifle Shooting. America’s 19-year-old Virginia Trasher won the first 2016 Olympic Games gold. Haris Bandey of Pakistan secured rank 50 after coming last with 4:33.13 on the clock.

Samir Ait Said had a freak accident in which his leg snapped and the noise echoed throughout the stadium during the Olympic games. Brazilian Rugby Player, Isadora Cerullo said Yes! When her girlfriend proposed to her during the medals ceremony Monday 8 August.