On Wednesday, high-profile Twitter accounts, including Apple, Gates, Obama, and others, were compromised. Reportedly, Twitter believes that the attack was a social engineering attack coordinated by people who successfully targeted employees of twitter who have access to internal systems and tools.

“We detected what we believe to be a coordinated social engineering attack by people who successfully targeted some of our employees with access to internal systems and tools,” says Twitter.

NEW — statement from a spokesperson for Bill Gates.

“We can confirm that this tweet was not sent by Bill Gates. This appears to be part of a larger issue that Twitter is facing. Twitter is aware and working to restore the account.” pic.twitter.com/v37Jvs76Jl

As soon as the crypto scam-related tweets started appearing online, twitter looked into the matter immediately!

We are aware of a security incident impacting accounts on Twitter. We are investigating and taking steps to fix it. We will update everyone shortly.

The tweets were removed within ten minutes, and accounts were taken into custody. The owners couldn’t ‘tweet’ or ‘change password’ for the time being. However, access was restored.

This was disruptive, but it was an important step to reduce risk. Most functionality has been restored but we may take further actions and will update you if we do.

You may be unable to Tweet or reset your password while we review and address this incident.

The pattern of all the tweets sent out was similar and followed the same procedure. Space X’s owner, Elon Musk’s account, was also part of the scam that took place on Wednesday.

We have locked accounts that were compromised and will restore access to the original account owner only when we are certain we can do so securely. 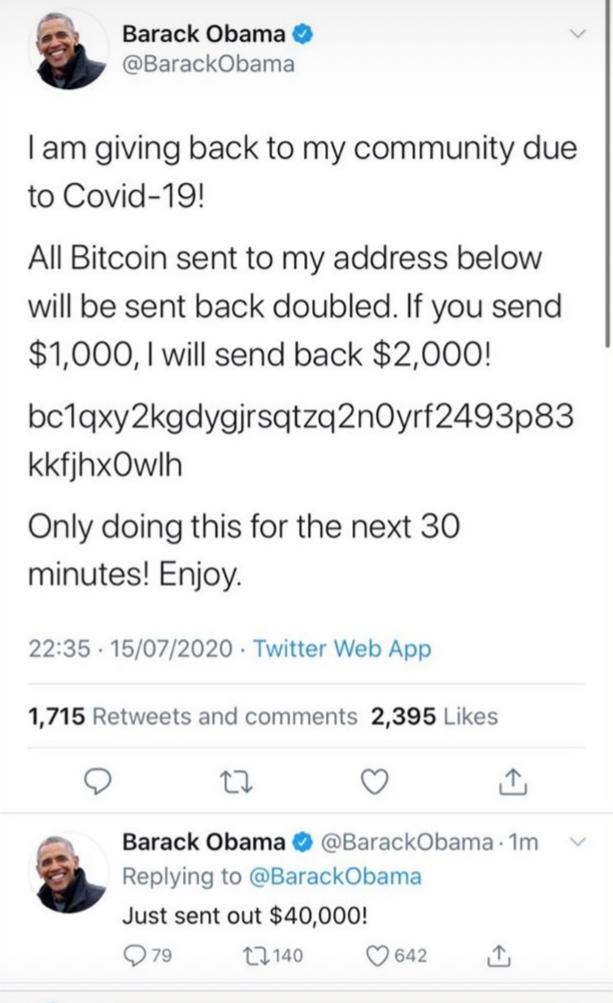 The matter is still under investigation!

CEO of Berkshire Hathaway, Warren Buffet account also became part of the scam as it was compromised

Most accounts should be able to Tweet again. As we continue working on a fix, this functionality may come and go. We’re working to get things back to normal as quickly as possible.

It’s an actual wallet address and there are transactions happening. It’s unclear if these transactions are legit. Scammers often seed their own scams to give them the appearance of authenticity. https://t.co/GUHEDaKNxu pic.twitter.com/xfhl3817xr

Someone out there just became a billionaire within ten minutes! 2020 is the worst year for all of us, and now for Twitter too.