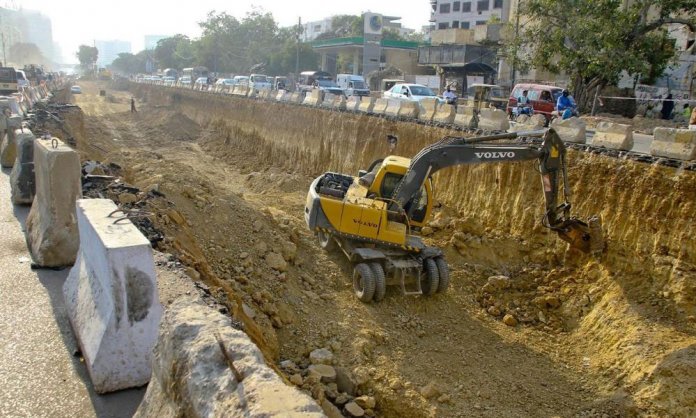 The reason being the construction taking place of an underground facility and common corridor by KIDCL.

Nadia Hussain Loses Her Cool Over Video of Suffocating Baby in PIA Plane!

The Greenline underpass has been a nightmare for the residence of Gurumandir and Numaish.

The entire locality has been dug up for the past 9 months or so and no proper diversions have been constructed by the responsible authorities.

The underpass is being constructed for the federal government-funded Greenline bus rapid transit (BRT) project and it should have been completed by now.

Lack of coordination, ill-planning and red tape on part of the Sindh government have been a major blockage in the completion of the project.

Why is it important?

Numaish is one of the most important places in Karachi, it connects other parts of the city with the central bus district area and Saddar.

It is also a major route for all religious processions that take place in the city and major hospitals such as Civil, Taj Medical and the Sindh Institute of Urology can also be reached by passing the intersection.