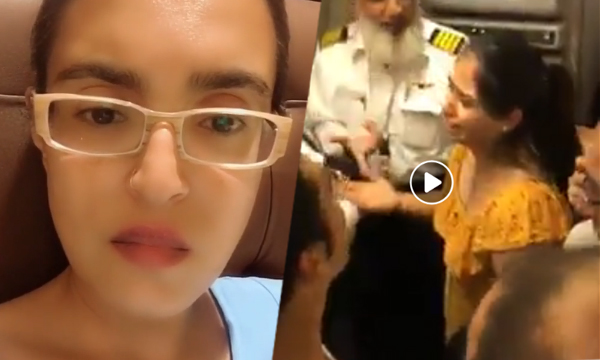 Yesterday, the viral video of a mother crying for help to save her suffocating baby in a PIA aircraft triggered a massive social media brouhaha.

Apparently, PIA locked the passengers inside the plane without air conditioning. Consequently, a one-month-old infant couldn’t bear the heat and reportedly lost consciousness.

The clip also showed the mother of the ailing baby begging the PIA personal to open the plane’s door.

While some Pakistanis bashed PIA, the rest mercilessly accused the mother of getting paranoid over the issue.

Supermodel- turned-makeup artist, Nadia Hussain took to her Instagram and slam all haters for criticizing the poor mom who was only trying to save her child.

ANOTHER EXAMPLE OF PATHETIC COMMENTS FROM PATHETIC LOW LIFE FUCKED UP WOMEN!!!!!!!!! 🖕🏼🖕🏼🖕🏼
And damn you @Official_Pia

ANOTHER EXAMPLE OF PATHETIC COMMENTS FROM PATHETIC LOW LIFE FUCKED UP WOMEN!!!!!!!!! 🖕🏼🖕🏼🖕🏼 And damn you @Official_Pia

Feeling the woman’s pain, Nadia schooled all the ladies who were bashing the mother for being dramatic. So much so, she even cursed the trolls that may their own kids undergo the same wrath!

However, followers of Nadia Hussain hit back the model and slammed her for cursing other mothers. 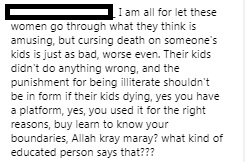 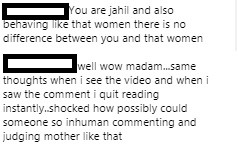 Following the backlash, Nadia rolled out yet another video and claimed that she completely stood by what she said. She added that all the women who are berating the mother in the PIA video are indeed barbaric and heartless.

Watch her message below!

What do you think about Nadia’s take on the matter? Let us know in the comments below.