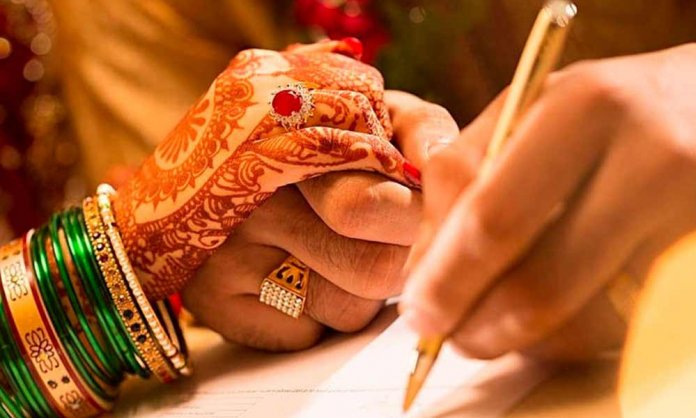 It has been made mandatory to first apply for permission for second marriage to the Arbitrary Council, decided Justice Athar Minallah from Islamabad High Court on Monday.

As per the 1961 Muslim Family Laws Ordinance, it was required for a man to take the current/first wife’s consent before second marriage. If not complied, the man would be punished and fined.

The verdict issued by IHC implies that, a man cannot marry for the second time until and unless approval from the Arbitrary Council is obtained, even if the first wife has consented to the idea.

In 2013, a person called Liaqat Ali married for the second time after having married Dilshad Bibi in 2011; he had not taken Dilshad Bibi’s consent.

There was a case on him, and he was handed over one-month jail sentence by an Islamabad magistrate for his offense along with a Rs. 5,000. fine. However, an additional judge released him on the grounds that he was a native of Azad Kashmir.

That judge’s decision was also nullified yesterday, on Monday, and it was announced by IHC that all laws apply to all individuals with the NIC. He also remarked that judges must hear cases on merit from now onwards.

Social Media reacts to the Decision

There have been mixed reactions from the public over this news.

For some, it is the best news of the day.

While others are totally condemning the verdict.

@Ali_MuhammadPTI why are your govt not challenging anti Islamic and anti constitutional decision made by Islamabad high court regarding marriage.