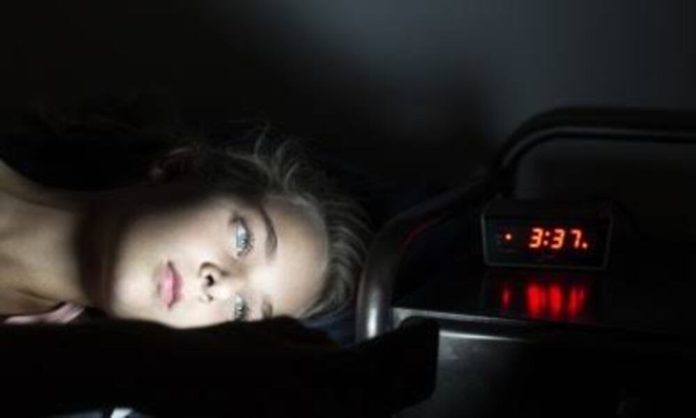 Poor sleep could make you go blind, according to a new study. Sleeping too little or too much, snoring, daytime sleepiness, and insomnia may all increase the risk of glaucoma. Sleep apnea is a risk factor for glaucoma. Glaucoma is an eye disease that could lead to loss of vision. The likelihood of developing glaucoma is higher in people who have sleep apnea.

In this condition the optic nerve, which connects the eye to the brain, becomes damaged. It can lead to complete blindness if left untreated.

According to a recent study, illness is the number one reason behind blindness. It can affect around 112 million people worldwide by 2040.

Researchers studied 409,053 participants from a UK Biobank. The group had been aged between 40 to 69 once they had been recruited in 2006-2010. They discussed elements of their sleeping behaviors. Scientists then analyzed the data on sleep patterns in addition to background info equivalent to age, intercourse, way of life, weight, ethnicity, academic attainment and the place they lived.

After monitoring the contributors for simply over 10.5 years, 8,690 circumstances of glaucoma had been recognized.

Read More: How To Fall Asleep When You’re Stressed

The results, published in the journal BMJ Open, suggest that people who have unhealthy sleep patterns have an increased risk of developing glaucoma leading to loss of vision if not diagnosed and treated early. Insomnia can also play a part. The sleep hormones of those suffering from insomnia go out of sync, which can affect the eye. Depression and anxiety also often go hand-in-hand with insomnia and can increase internal eye pressure.

“Snoring, daytime sleepiness, insomnia, and short/long duration, individually or jointly, were all associated with the risk of glaucoma,” concluded the international team of academics, led by researchers from Beijing, China.

“These findings underscore the need for sleep intervention for individuals at high risk of glaucoma as well as potential ophthalmologic screening among individuals with chronic sleep problems for glaucoma prevention.”

Dr Huan Song, a professor at West China Biomedical Big Data Center at West China Hospital Sichuan University, Chengdu, Sichuan, China, and one of many authors of the examination, stated: “As sleep behaviours are modifiable, these findings underscore the necessity of sleep intervention for individuals at high risk of glaucoma and potential ophthalmologic screening among individuals with chronic sleep problems to help prevent glaucoma.”

Read More: How To Use Dry Shampoo The Correct Way

“The findings underscore the need for sleep therapy in people at high risk of the disease as well as eye checks among those with chronic sleep disorders to check for early signs of glaucoma.”