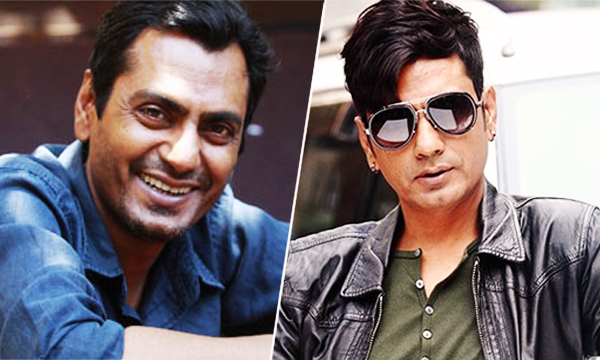 Indian film actor, Nawazuddin Siddiqui, 42, is known for his reputable roles in ‘Kahaani’ and ‘Gangs of Wasseypur’. Having just recently starred in the hit film, ‘Freaky Ali’, he’s making headlines again however, this time, it’s not for his acting, but his shocking transformation for the movie ‘Munna Michael’.

‘Munna Michael’ is an upcoming Bollywood film directed by Sabbir Khan and produced by Viki Rajani. It follows the life of a street kid, Munna, who dreams of becoming the King of Pop, Michael Jackson. Sticking to the pop star route, the director demanded a new look for the actor and his demands were definitely met. Sporting a completely different look with a clean shave, neat haircut, newly pierced ears and a leather-jacket-black-boots combo, Nawazuddin looks unrecognizable!

This is a drastic change to his usual unruly curls and unkempt facial hair.

Enjoying every "step" of this journey no matter how difficult or complexed. Here's our tribute to the king! #MunnaMichaelFirstLook 🙏😊 pic.twitter.com/kKw8sSOsFF

He arrived on the sets recently to shoot a dance sequence alongside Tiger Shroff. Regardless of all the changes, he had to make, Nawazuddin claims to be ecstatic for the new role as it is unlike anything he has ever played before.

He is extremely excited to show his softer side to the viewers as the film involves a lot of romance and dancing. The film is set to release on 7th July 2017 and we will surely be the first ones waiting in line to witness this evolution of Nawazuddin Siddiqui.