Home Entertainment Nadia Khan Returns to Dramas Only to Get Bashed!
Advertisement 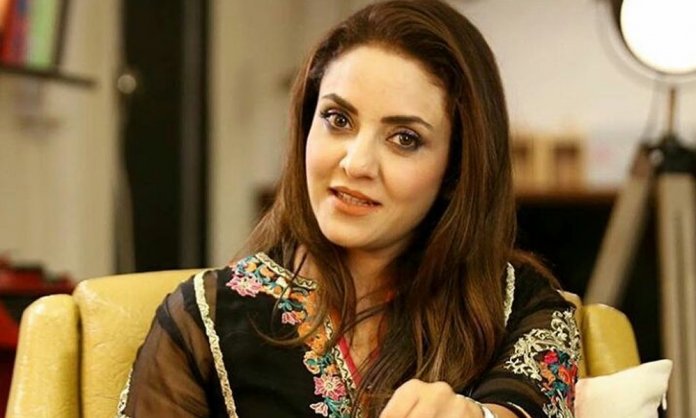 Yesteryear’s queen of morning shows, Nadia Khan disappeared off the face of Pakistani television channels after a controversy on her morning show.

Just recently she created a buzz after a complete transformation but this time around Nadia Khan is making a comeback and its not for a morning show but a TV serial.

The news has taken the internet by storm and the last people saw her was in the 90’s drama,’Bandhan’. However, instead of appreciation, the actress was hit with criticism and massive bashing from the public!

A post shared by Lollywood Superstars (@lollywoodsuperstars) on May 16, 2017 at 1:56pm PDT

Nadia Khan on sets of her upcoming Drama!

While some called her too old for the role and others believed she should be cast as an ‘Aunty’.

He was quick enough to judge that the drama would be a definite flop!

They could not stop bashing the bubbly personality!

People talked about Nadia doing this for money and some also suggested that she got a surgery done on herself.

Here are a few Behind the Scene shots from Nadia Khan’s upcoming drama by Big Bang Entertainment!

Nadia is going to act alongside the dapper Sami Khan and the diva, Sonya Hussyn. The drama is rumored to be called ‘Raqs-e-Bismil‘. Are you looking forward to Nadia’s comeback drama? Let us know in the comments below.

Shaista Lodhi Takes Back the Reign on Morning Shows!