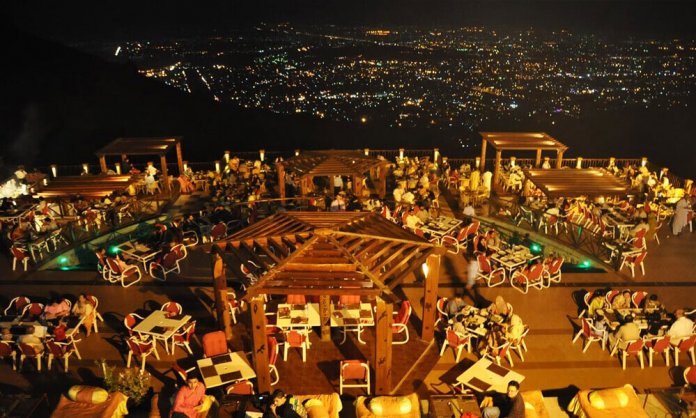 In a shocking twist, Islamabad’s famous hill-top eatery ‘Monal’ might be shut down by Pakistan Army.

The reason behind this sudden decision comes from a claim that the restaurant is constructed on a portion of land which belongs to the Pakistan Army.

Reportedly, the army has claimed to 5,500 acres of land on which the restaurant is constructed. This land is a part of the Margalla Hill National Park.

Furthermore, Shahid Mahmood of the Capital Development Authority has reportedly briefed the National Assembly on Climate Change on Wednesday about the situation.

He shared that the CDA was unaware it was constructing the Monal restaurant on army land.

Monal Restaurant is built in the center of the Margalla Hills National Park. Asides the 5,500 acres that were allotted to the Pak army by the government of Punjab, the remaining 16,000 acres of land is the property of CDA.

Moreover, committee chairperson Munaza Hassan raised an intriguing question about the fact that Margalla Hill National Park was constructed to preserve and protect wildlife and the environment. So how did Monal get permission to be established in the first place?

Chairperson Munaz Hassan demanded member planning to ask CDA to submit the details of the construction of Monal on protected land.

As per documents, CDA had leased the land to a private party for the construction of the restaurant in 2006. The agreement was set for 15 years with a yearly amount of Rs3.12 million.

We have now to see what the fate of Monal Restaurant Islamabad will be.

Is The Monal Restaurant Closing Down? Here is the Real Story!