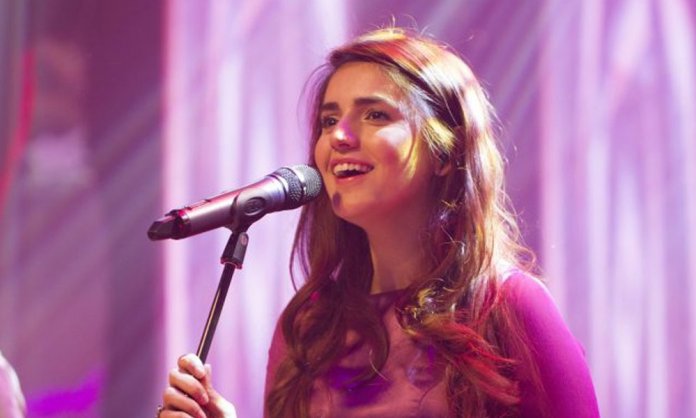 Momina Mustehsan is the sweetheart of all Pakistani music fans. Loved for her sweet and melodious voice, she won everyone’s hearts with her song “Afreen” with Rahat Fateh Ali.

And there’s no stopping this talented lady!

A recent post on her social media account shows her singing a cover of ‘Sajni’ by Strings. The song is a new release by the band from their 30th album celebrating their 30 years in the industry.

Check out the video where she is seen singing the cover in her beautiful voice, taking the song to the next level!

I will forever be a hardcore @stringsonline fan! 💕Always so much random fun with these guys! @haroonleo @sharoonleo @richi_robinson #Sajni

And it’s not just us who are loving her here – her followers too responded positively and were seen commenting on the post. 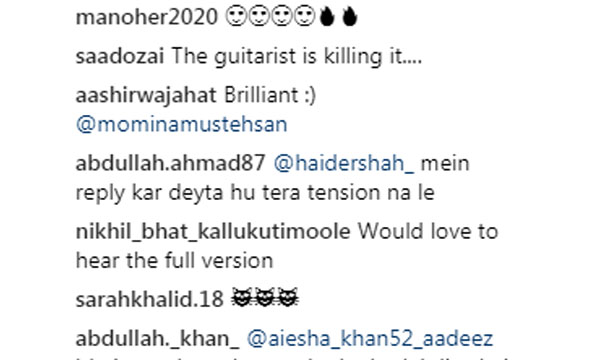 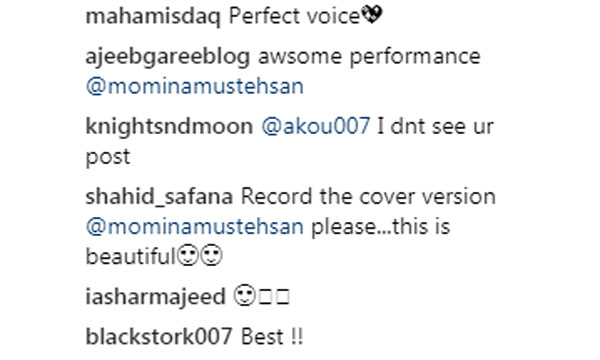 Hailing from a non-musical background with her mother being a doctor and her father, a brigadier; Momina rose to fame as a co-singer and writer in Farhan Saeed’s single “Pi Jaun”.

She later went on to record her first studio song “Sajna” for Junoon’s album titled “Junoon 20”.

However it was her record breaking performance in Coke Studio with her rendition of “Afreen Afreen” alongside Rahat that really changed her status in the industry.

She recorded another track with Asim Azhar “Tera Woh Pyaar” which garnered her more appreciation.

It was due to her hard work, dedication and talent that earned her the coveted spot in the Forbes 30 Under 30 Asia list amongst nine other Pakistanis.

Well what do you think of Momina’s  Instagram video?