Minal Khan is a renowned Pakistani television actress who has gained recognition through popular dramas like Hassad, Sun Yaara, and Parchayee. Her latest show Jalan is currently on air, also starring Emmad Irfani and Areeba Habib. Minal and Aiman Khan are twin sisters and rose to success and fame at a young age.

Aiman Khan married Muneeb Butt in 2018 and has currently taken a career break to look after her daughter. However, Minal Khan is giving stellar performances in many dramas. She also came to the news recently regarding her relationship and speculated to break up with Manzoor Khan.

Just recently, Minal Khan’s first-ever TikTok video has surfaced the internet, and you need to check it out!

In the video, Minal adorably swirls around and lip-syncs dressed in a beautiful black dress. She lip-syncs some lines on how it is difficult to cheer girls up!

It seems like the Khan/Butt family is experimenting with different social media platforms nowadays. At the beginning of June, Minal Khan’s brother in law Aiman Khan’s husband, Muneeb Butt, posted an Eid vlog. It was titled “First eid of Amal Muneeb” on YouTube. The vlog featured Muneeb Butt, Aiman Khan, Amal Muneeb (their daughter), Minal Khan, and the rest of the family. 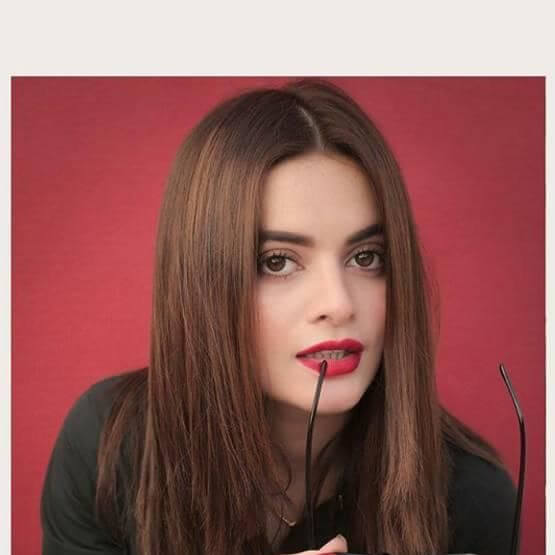 Moreover, TikTok has become a popular social media network in Pakistan. Its popularity has risen particularly over the last couple of years. Also, Pakistanis seem to pay no attention to controversies, like data theft being associated with the app. It is continuing to grow.

On the one hand, celebrities are joining TikTok and producing funny and creative videos to entertain their fans. Many Pakistani celebrities have joined the network, including Imran Abbas, Humaima Malik, Momina Mustehsan, Noor Hassan, Hania Amir, Alizey Shah, Iqra Aziz, and Yasir Hussain.

On the other hand, TikTok celebrities are also emerging, including Areeka Haq, Jannat Mirza, and Zulqarnain Sikandar. Recently, Areeka Haq paired up with famous singer Asim Azhar for an upcoming song. He recently posted a picture of them from the song on his Instagram profile.

However, not all celebrities are on the same boat. Famous actor and game show host, Fahad Mustafa, called out the platform. He requested parents to keep their children away from the app. Fahad Mustafa also urged the nation to do something productive. He, however, was called out on his stance by people for hosting a not so productive game show.

Are you on TikTok? Let us know in the comments below.