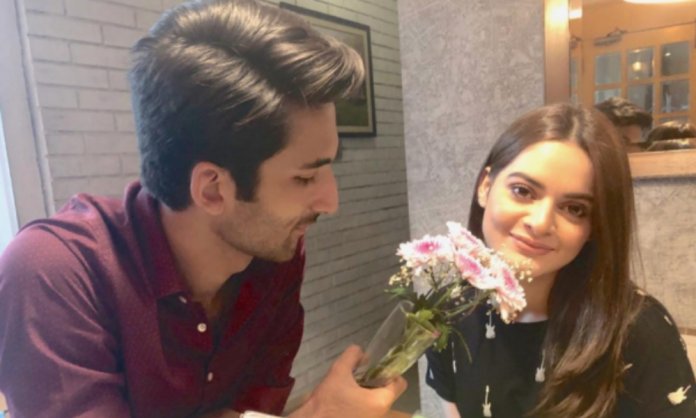 The Khan twins have garnered unbelievable recognition in a brief span. Moreover, the twins have become everyone’s favorite and are the most famous twins in the Pakistan entertainment industry.

Apart from their prolific acting skills and successful acting careers, Aiman and Minal have also launched their clothing brand. The brand is called AM Closet. However, it seems like the duo hasn’t been giving it much priority because of their acting.

Speaking of which, when it comes to success stories and recognition, so begins a tad bit of gossips and controversies. Earlier, Minal Khan was officially dating Manzoor Khan. The two seemed quite in love as the lovebirds used to post their pictures on their social media openly.

However, what everyone had noticed was the sudden removal of their pictures together from Manzoor Khan’s Instagram account. Moreover, the two also decided to unfollow each other. Well, that’s when netizens started noticing what was going on.

This was not all. Ahsan later removed that picture from his Instagram account, giving the netizens another reason to point fingers and doubt their relationship.

Once the news was out, Minal’s brother, Maaz, threatened the page to take the post down as it is fake.

A post shared by Gloss Closet Pakistan (@glossclosetpakistan) on Jun 5, 2020 at 6:20am PDT

Despite receiving the threat, the page claimed that the picture is not fake as Ahsan himself shared it. To add more to this, the page also posted a photo of a woman standing on the beach, which reportedly looked like Minal Khan.

The picture had a caption that read, ‘All you need is love and the beach.’

Well, we’re yet to hear what Minal has to say about this.