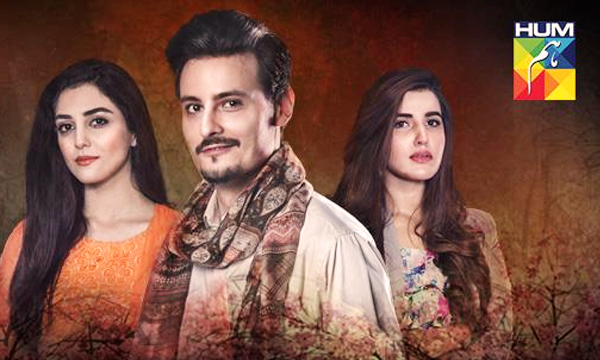 Pakistan’s Orlando Blood, Osman Khalid Butt and Maya Ali, who made waves back last year after appearing in the critically acclaimed drama, Diyar-e-Dil as Wali Suhaib Khan and Faara Khan have now made a comeback on the small screens with the drama serial, Sanam on HUM TV.

Whether it is Fawad and Mahira, Sajjal and Feroze, Syra and Shahroz or Danish Taimoor and Ayeza Khan, these couples have gone down in history and have become our go-to couples when we mention the popular couple “goals”. But what about our very own local “it” couple? The two cemented their place as one of the best couples our television industry had to offer with their impeccable screen chemistry that is hard to come by.

View the latest teaser of the drama Sanam:

The duo graces our screens every Monday at 8.00 pm with drama serial titled Sanam, directed by Haseeb Hassan and produced by Momina Duraid. The drama also features Hareem Farooq in a completely different role.

Watch the #Sanam teaser below:

Back in 2012 when Osman Khalid Butt had just started making waves on the small screen, the two appeared in Aik Nayee Cinderella, based on a novel of the same name by Faiza Iftikhar as well as Aun Zara. Since then, both had gone on to star in several successful dramas before being reunited once again in Diyar-e-Dil, which was written by none other than, Farhat Ishtiaq. The drama went on to win several accolades not only for it’s writing but its star cast.

The drama is scheduled to start airing on 12th September onwards.