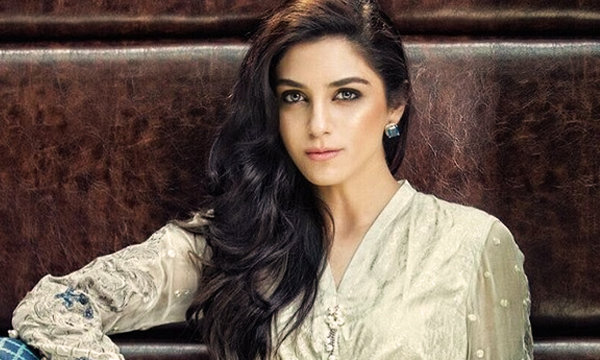 With the highly anticipated Lux Style Awards just a couple of days away, social media is buzzing with behind the scene photos of performance rehearsals. One actress, in particular, who is very excited and looking forward to the upcoming awards is none other than the Mann Mayal queen, Maya Ali

Maya Ali rose to fame with her performance in Diyar -e – Dil and now stars in the very hit, Monday night fan favorite, Mann Mayal. The talented actress has already bagged two Hum Awards for her performances in the TV serials. Starring alongside Hamza Ali Abbasi, the actress is on the verge of stardom – just like Mahira Khan who broke onto the scene a few years ago, with the popular drama Humsafar alongside Fawad Khan.

So its comes as no surprise that Maya Ali is a huge fan of Mahira Khan and is looking forward to the Humsafar actress’s performance at the LSA 2016.

While talking to a popular media news website, Maya revealed that she was super excited for Mahira Khan’s LSA performance this year.

Speaking to an entertainment website Maya Ali gave an insight into her thoughts about this year’s performances and Mann Mayal’s chances at the awards.

“I have always been a Mahira Khan fan. I have religiously followed all her serials and watched all her films. But, I’ve never seen her perform live, and that is something I’m really, really looking forward to! I can’t wait to see her dance to her tracks; Balay Balay and the Ho Mann Jahaan OST,” Maya Ali said.

The actress also had high hopes for Diyar -e-Dil based on Farhat Ishtiaq’s novel of the same name.

“I hope Diyar-e-Dil is able to win all the categories it’s nominated in. It was Mashallah clean sweep for us at the Hum Awards and I hope I get to hear all our names announced as the winners this year as well,” she said.

“Having been nominated with the likes of Mahira Khan and Sajal Aly, I’m sure it’ll be a tough choice, but I’m keeping my fingers crossed,” the actress added.

She is also excited to see Fawad Khan host the event.

“I love Fawad Khan. He’s an exceptional actor, awfully good looking, he’s charming, making Pakistan proud at international forums, and what’s there not to like about him (chuckles). So I’m really looking forward to seeing him host the segment that he will,” Maya said.