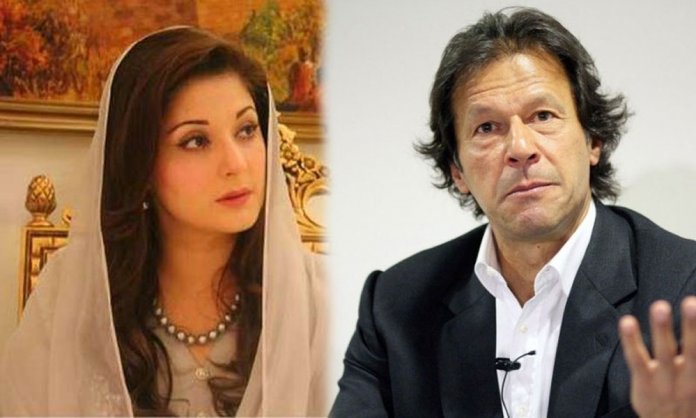 With elections just around the corner, the competition between Pakistan’s political parties is getting intense. Each day brings new twists and turns of sorts, making the upcoming polls even more heated and debatable.

The latest addition to all these  “controversies” is the fiery online interaction between PML-N’s Maryam Nawaz Sharif and PTI’s chairman, Imran Khan!

A few days back, Kaptan Khan had tweeted a quote with a message for all the Pakistanis to go out and vote in the upcoming elections.

A man who stands for nothing will fall for anything” – Malcolm X. This is for all those Pakistanis who are intending not to vote in the coming historical elections on the 25 of July.

"A man who stands for nothing will fall for anything" – Malcolm X. This is for all those Pakistanis who are intending not to vote in the coming historical elections on the 25 of July.

The leader reminded the nation that those who do not stand up for anything will only gain ignorance. A strong message delivered in a subtle manner, the tweet invited a lot of comments from his followers.

But it was Maryam Nawaz’s reply that really caught our attention!

Apparently, the politician had a few questions for the cricketer-turned-politician and took to Twitter to express herself with some pretty strong remarks.

However, it seems that this tweet did not go down too well with Imran’s followers who immediately came to his defense and bashed the lady for questioning him.

And what do you stand for? corruption? Just See the condition of lahore after rain.#TajurbaExposed

Why do you stand for ?
Corruption ? Money laundering? Nepotism ? Attcak on sovereignty of Pakistan ? Conspiracy against Pak. Army ? Defaming judiciary ?
Tell your Disqualified Dishonest Father Nawaz Sharif that #PMLN_is_History #PTI_is_Future#روک_سکو_تو_روک_لو

It looks like Maryam is leaving no stone unturned to question these leaders before the elections and at the same time, indirectly support her own party!

What did you think of Maryam’s tweet? Tell us in the comments.