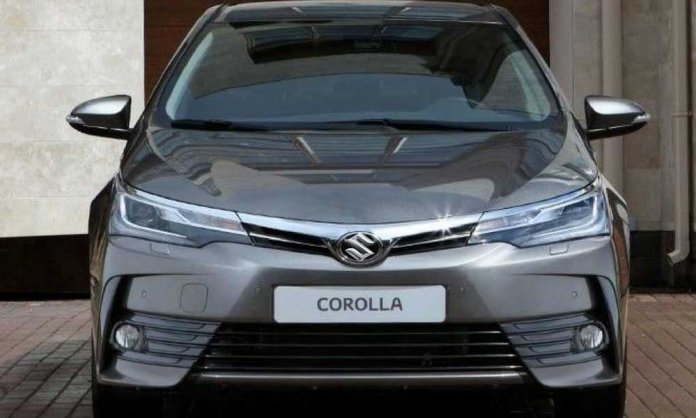 Toyota and Suzuki made headlines when news came out at both automotive giants are collaborating to launch the much-awaited 2019 Toyota Baleno. Now, both manufacturers are coming together for yet another venture – Maruti Corolla Altis 2019!

It is expected to have a unique look and will sport different bumpers, grille, and alloy wheels to significantly differentiate itself from the original Corolla.

However, the interior may resemble the Maruti variants which are already on the roads but with a change of upholstery.

According to CarSpirit, Maruti Suzuki will most likely employ a more powerful version of the K15B 1.5-liter petrol engine.

The brand might even offer the E15A 1.5-liter diesel engine that is currently under development.

Reportedly, Maruti Suzuki has plans to sell at least 10,000 units of the rebadged Toyota Corolla annually. The Suzuki Altis is expected to roll out in late 2019 during the festive season.

Sources have shared that the Baleno will be the first product to roll-out in the collaboration.

As per reports 25,000 Balenos will make their way to Toyota’s facility and can be expected to hit the roads in mid-2019.

Toyota-Suzuki Collaboration: 2019 Toyota Baleno is On its Way!