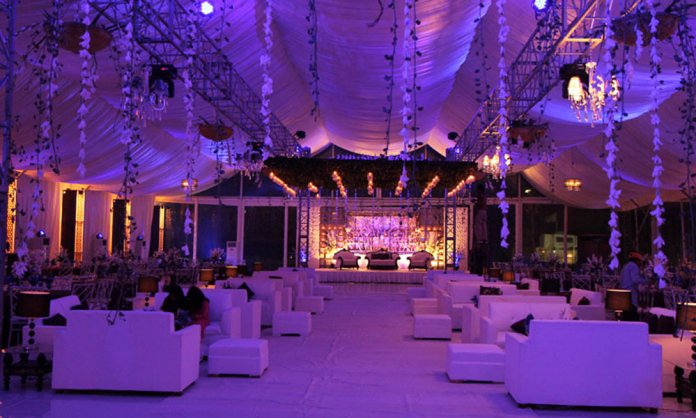 It is now compulsory on most marriage halls in Karachi to pay a sales tax of 15% after the Sindh High Court dismissed the case due to the absence of petitioner at the case hearings.

Karachi Marriage Halls/Lawn Owners Association – the petitioner – with its continued absence at the hearings on various dates, failed to take the case forward which led to the tax being levied.

Although in Sindh the sales tax on the services provided by marriage lawns and halls had been imposed since the 1 July 2011; the ad-interim orders due to the petition meant that the tax had not been collected.

However, not all marriage halls and lawns are to be liable to pay tax. An officer of the Sindh Revenue Board (SRB) said:

Standalone marriage halls, lawns, and marquees located on plots of up to 800 square yards are exempted from sales tax provided that these are not air conditioned, are not located in hotels or clubs, are not owned, operated or managed by caterers and have no branch or any other marriage halls or lawns in Sindh.

Marriage lawns and halls are subjected to a 15% levy on services provided by them, according to the Finance Act 2011.

Now with the dismissal of the petition, the SRB will be able to impose and collect sales tax on the services of marriage halls and lawns, including those located in hotels or clubs.

Pepsi & Careem Unite this Ramadan to Make Your Iftar Easier!