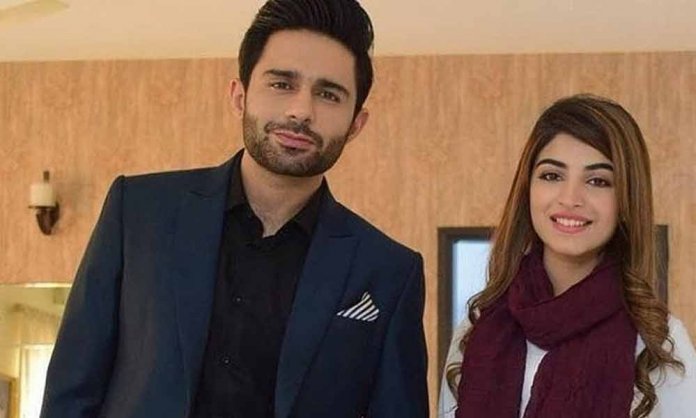 Maria Bint-e-Abdullah is an upcoming serial on Geo Entertainment.

Produced by the amazing duo of Abdullah Kadwani and Asad Qureshi, this drama has grabbed everyone’s attention prior to its release due to its sensitive yet controversial storyline.

Taqdeer Drama on A Plus Entertainment: Timing, Cast Plot, OST

Starring the two talented young actors, Hamza Firdous and Kinza Hashmi, Maria Bint-e-Abdullah is going to be a rollercoaster of emotions with different layers in its story.

Hamza Firdous, appraised for his roles in O Rangreza and Ghughi, will be seen as a young businessman, Ammar. He is very polite in nature and close to Islam, belonging to a religious family.

The veteran actor Abid Ali as Haji Sahab will take on the role of Ammar’s father and Rubina Ashraf as his mother.

Ammar falls in love with Maria, played by Kinza Hashmi, who is a simple girl and they both will get married. Their happy life turns upside down as the truth about Maria’s religious background unveils after some time, leading to a misunderstanding between the couple.

Will Maria be able to defend herself or their relationship would eventually break? To find it out, we have to wait for Maria Bint-e-Abdullah to air on Geo Entertainment, hopefully very soon.