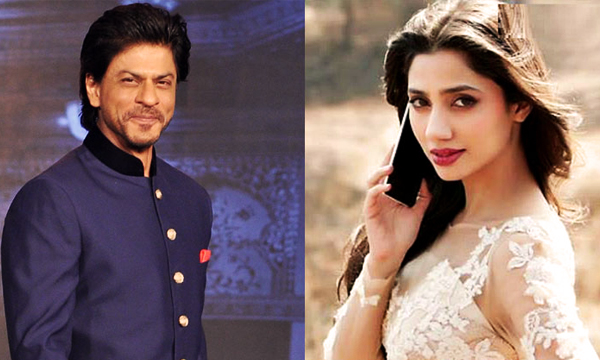 If you are one of those people who spend hours and hours practicing what you’re going to say before you meet a celebrity, imagine what a celeb goes through when they meet one another. Mahira Khan had a little fangirl moment on the sets of her new film Raees in which she stars alongside none other than King Khan. Talking to the media at the red carpet of Vogue Beauty Awards 2016, Mahira said, “It’s my dream come true to work with Shah Rukh Khan and I am also very excited about ‘Raees’. But more than this, I am nervous too. It feels like I am under pressure to display my acting skills.”

The actress who rose to fame with Humsafar has come a long way, with recently starring in a Pakistani coming-of-age drama movie, Ho Man Jahaan alongside Sheheryar Munawar, Adeel Hussain, and Sonya Jehan.

However, she too has her fan moments. Spilling the beans on behind the scenes activities of the movie Raees, the actress told the media about her fan moment.

“The first scene, I thought I’d do it smoothly, but as he (Shah Rukh) came in front of me, I forgot my lines. I will always remember that incident.”

Being artists, I and others (artists from Pakistan) have been trying to represent our country. I hope I can do a good job because I feel only that country develops which gives respect to artists,” she added.

Produced by Red Chillies Entertainment and Excel Entertainment, Raees, whose release was pushed back to avoid a clash with Salman Khan’s movie this year at Eid,  is now all set to be released on 26th January 2017.