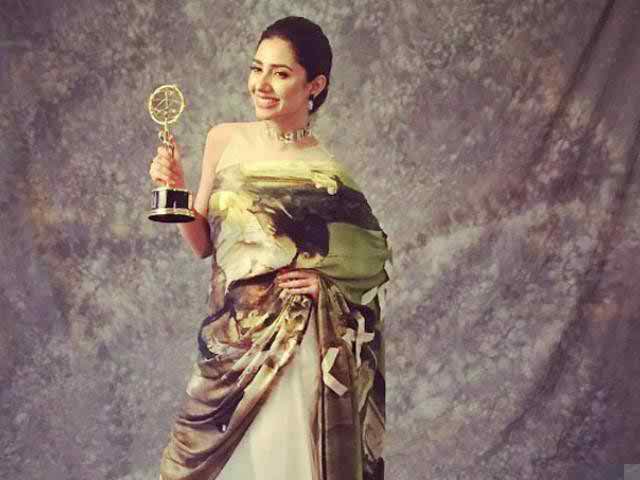 This first Femina award ceremony was organized to acknowledge and celebrate women’s contribution in the field of arts, business, sports, education, social activism and entertainment. At the award ceremony, talented actress, Mahira Khan and mother-daughter designer duo of Farah Talib Aziz and Maliha Aziz were honoured with two different accolades.

A big thank you to @feminamideast for honouring us as one of its two awardees from Pakistan! #FeminaMEAwards #Dubai #FarahTalibAziz 💕

Mahira won the Femina award for the best emerging talent category, which indeed reflects her professional status and the way she has pushed boundaries and achieved immense success in no time.

The Bin Roye star personally attended the event and looking absolutely stunning in an edgy saaree by Studio S.

Mahira’s name was also included in the list of special guests at the ceremony. In fact, the magazine itself promoted the mega event by sharing news about Mahira’s presence at the event.

Winning an  International award will surely bring new heights of fame and popularity for Mahira.

It’s not the first time that Pakistani women have been awarded in the Middle East. Previously, women like Sultana Siddiqui and Sidra Iqbal were also awarded and honored in the Gulf.