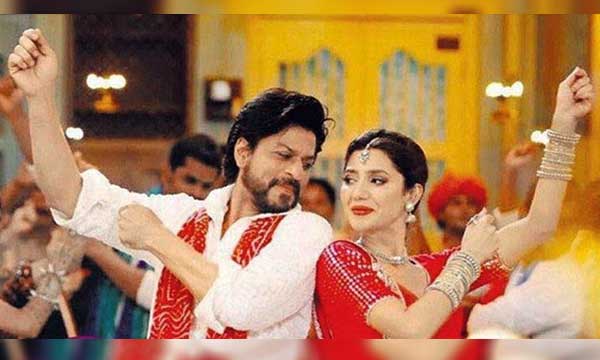 Ever since the release of song Zalima from the movie Raees, the hype for Shah Rukh Khan and Mahira Khan’s gangster flick has reached its peak. Social media has gone into a meltdown and expectations for the movie has reached an all-time high.

Despite being a ban on Pakistani artists in India, there is good news for fans of Queen Khan. There is a possibility of Mahira doing Skype interviews for the much-awaited movie.

Oh the nerves of the first song we shot…💃🏽 Shoutout to the best team ever.. Shabana, Krys, Sheetal! P.S doesn't help when you're watching VD bust moves on Tv! #Raees

The buzz is that while Bollywood Badshah will take to shows like Comedy Nights with Kapil to promote Raees, the Humsafar Haseena will be talking to India via Skype on the show.

A post shared by Red Chillies Entertainment (@redchilliesent) on Jan 7, 2017 at 6:27am PST

Currently, SRK is promoting the movie alone, due to high tensions between the two countries.

Meanwhile, the Pakistani actress has taken to social media to promote the movie, sharing the song Zalima via her twitter which has already garnered 25 million views since it hit the web.

Earlier, SRK reportedly visited Raj Thackeray to assure him that Mahira Khan will not be a part of the promotions in India. Seems like this tech-savvy idea is a smart way tp take Mahira onboard the promotion spree of Raees.

Mahira Khan Promotes Raees from Pakistan in the Most Creative Way!

The movie is all set to be release on the 25th of January.