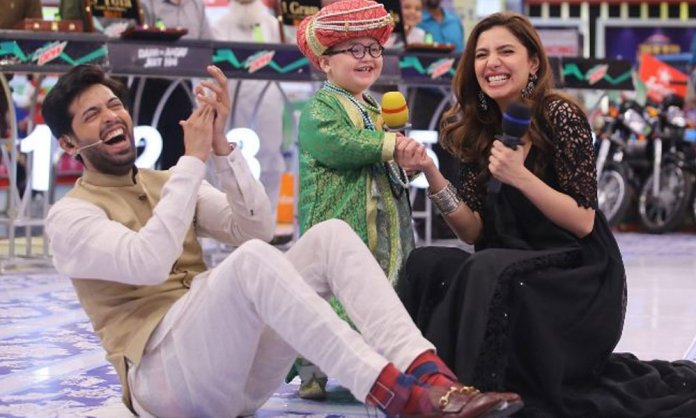 Netizens are overwhelmed with excitement ever since the announcement of Mahira Khan and Fahad Mustafa’s upcoming starrer ‘Quaid-e-Azam Zindabad’.

As soon as the news was revealed, the pair’s fans and followers became all curious to get more details about the movie.

The project will be directed by Nabeel Qureshi and produced by Fizza Ali Meerza, under the banner of Filmwala Pictures.

Now, a video of Mahira Khan has surfaced and is making rounds on social media in which the starlet takes a hilarious dig at Fahad Mustafa!

The actress posted a video in which she can be seen saying:

The news of their upcoming movie was first unveiled by the actress herself and the news instantly went viral on social media.

For more updates and details, stay tuned to www.Brandsynario.com.