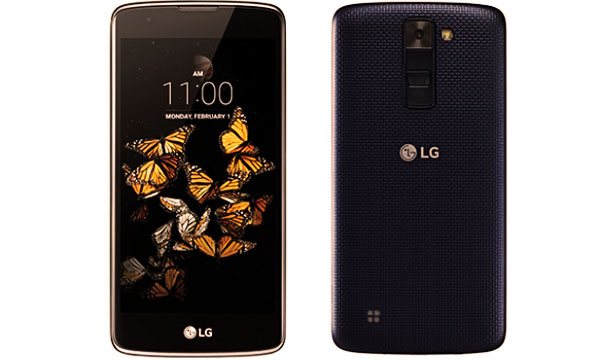 The K8 was recently spotted in the company listing from Hungary. The listing revealed details of K8 which will most probably be revealed among other smartphones at the much awaited Mobile World Congress (MWC) 2016 in Barcelona, Spain.

First off, LG K8 comes with a 5.0 Inch HD Display which will be either a TFT LCD or hopefully an IPS LCD. The resolution of the display is set at 720 x 1280 pixels. There is no number for the ppi (pixel per inch) available as of now.

If we would have to guess, it should be north of 300 ppi. K8 sports a textured plastic back with LG’s signature rear button back panel.

The processor of LG K8 is a 64-bit, 1.3 GHz Quad-Core MediaTek MT6735. The GPU is the Mali-T720MP1, which is sufficient to run tasks. The RAM disappoints a bit as it’s only 1.5 GB. The internal storage too lacks a punch with only 8GB onboard but it can be expanded via microSD card up to 32 GB. The 2125mAh removable battery will be enough to last a day of average use.

K8 packs an 8-megapixel primary camera with Auto-Focus & LED flash. The secondary/selfie camera is a 5-megapixel one.