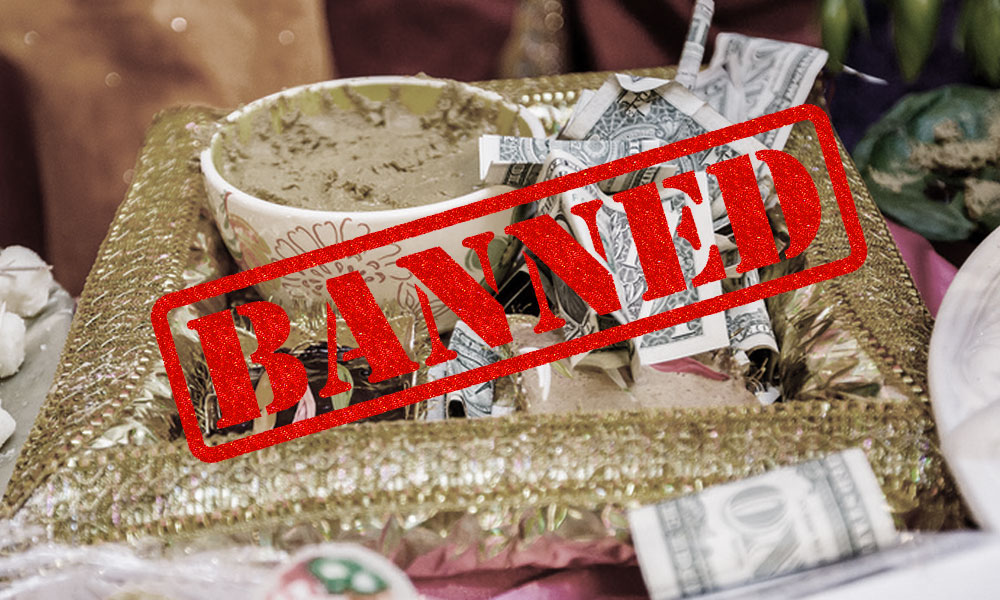 A bill has been passed which has restricted spending limits on marriage, which includes gifts, walima, etc, and banned the concept of dowry.

According to the bill, either side cannot exchange dowry whether it be the bride and groom or their parents, or even their relatives. The bill also states that the value of a gift given to the bride by her family and relatives cannot exceed Rs. 10,000.

The total expenditures on a marriage excluding the value of bridal gifts and presents, but including the expenses on baarat or walima incurred by or on behalf of either party for each ceremony, shall not exceed Rs75,000.

Added to that, those organising a marrige, or those who are celebrating nikkah or baarat, are not allowed to serve, or allow others to serve any meals, except bevrages.

Guests will be served only one dish of rice, one dish of gravy and one sweet dish at the valima ceremony.