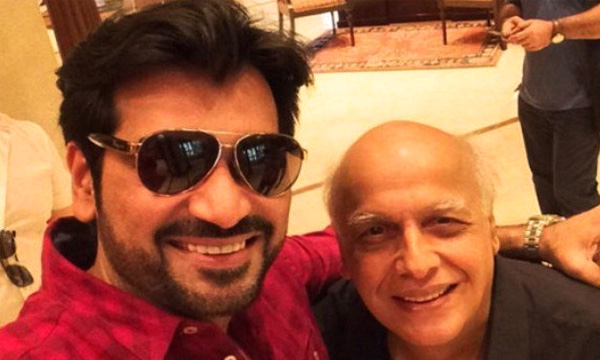 Jawani Phir Nahi Ani was the biggest movie of 2015 and according to lead actor Humayun Saeed, the sequel is already in the works! Humayun revealed that he was going to Romania with director Nadeem Baig for an upcoming romantic flick whereas Vasay Chaudhry was busy writing Jawani Phir Nahi Ani 2.

“I’m going to Romania with Nadeem Baig and Khalil-ur-Rehman Qamar for a home production which is a romantic film; the cast however, hasn’t yet been finalized. Vasay is writing JPNA 2 and we have almost finalized the plot of the movie,” he revealed.

Seeing as JPNA was easily the biggest earner of 2015 and we can see why the producers would want to push for a sequel.

Humayun is currently busy with his own projects and he has also decided to part ways with Mahesh Bhatt’s Dushman – a project he had previously agreed to.

Humayun said that it was difficult for him to make new commitments and for the very same reason he had opted out of Shaan Shahid’s Arth 2.

Producing major television serials and films had been keeping him very busy for the past couple of months, but Humayun has now stated that he will be dedicating more time to acting. His calendar for 2016 is already booked with various back-to-back projects.

Speaking about his expectations from the upcoming year, Humayun stated, “I am very grateful for all the love and support I have received from the audience in 2015. I couldn’t have asked for a better comeback in films. Since I haven’t been able to do any serials for the past 4 years due to other commitments, I am happy to be finally returning to television with Dillagi. 2016 is already shaping up really well and I am looking forward to it”.