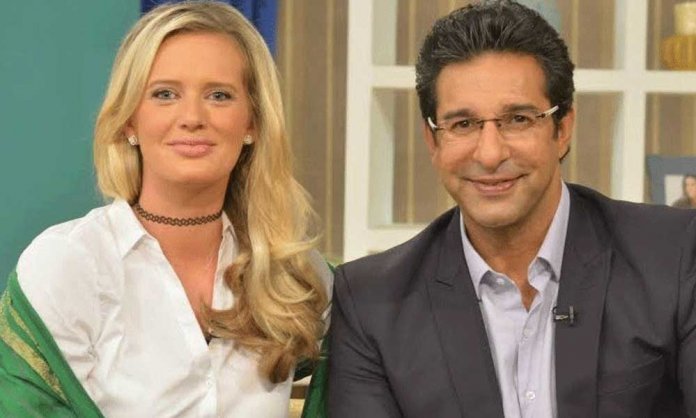 We have often come across post and have heard on reputable stages that a woman is often referred to as someone’s wife or mother or any other reference.

However, what we often forget is, “she has a name”. One of the guests at the panel at the 6th Islamabad Literature Festival featuring, Nadeem F. Paracha, kept referring to Shaniera Akram as Wasim’s wife.

A lady from the audience shouted out loud that Wasim’s wife has a name! As soon as this comment was passed, a loud roar of screams and applause took over the audience.

Shaneira Akram took to her Twitter to talk about the incident asking about who was that amazing woman who stood up for her.

Who is this amazing woman. I just love you #SheHasAName You go Girl

Who is this amazing woman. I just love you #SheHasAName You go Girl 👏🏼💪🤗 https://t.co/4KHd1qDewE

When someone replied saying: “Yeah coz Shaniera is a big celebrity and we should remember her name”,

Yeah coz Shaniera is a big celebrity and we should remember her name🙄 https://t.co/uN6YfPHcgM

If you are talking about someone on stage at a literacy festival you should at least give them the dignity of a name. And I am not a celebrity but I have earned my name, thank you very much https://t.co/pCNz7CGBQL

More power to you girls!