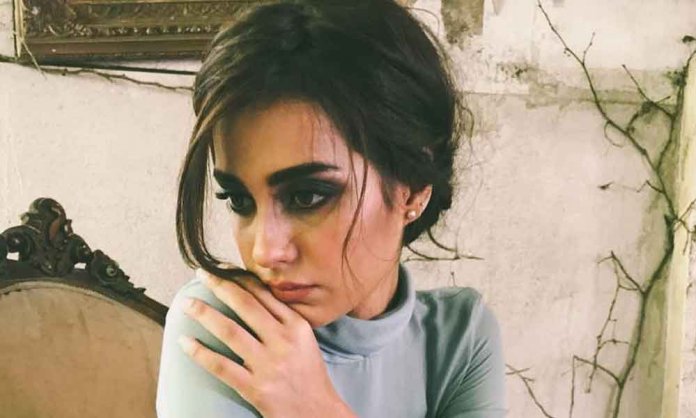 There is no secret that many Pakistani actresses are obsessed with tattoos and a number of actresses have gotten themselves inked.

However recently, the Suno Chanda actress Iqra Aziz revealed that she has also recently gotten her first ever tattoo which left her fans and followers stunned.

During an interview with actor Yasir Hussain on ‘The After Moon Show’, the 21-year old actress said that she has recently gotten herself inked but she refused to reveal the reason behind it.

While talking about her tattoo, she said:

It is my personal choice that I’ve gotten a tattoo. I just don’t want to talk about it.

Well, she left her fans curious to see the glimpse of her new tattoo!

Iqra never publicly talked about it, even during interviews or events, the clothes she wears makes it impossible to spot the tattoo.

She further revealed that her tattoo is just a few months old but she even refused to say then if it was a permanent inking or would wash off soon.

Iqra Aziz is currently working on HUM TV’s exciting project titled ‘Ranja Ranja Kardi’ where she plays the role of a young girl who rebels fearlessly against any odd that comes her way.

Iqra Aziz’s Epic Reply to Haters Who Mock Her Height!

What do you think about Iqra Aziz’s tattoo? Let us know in the comments section below.