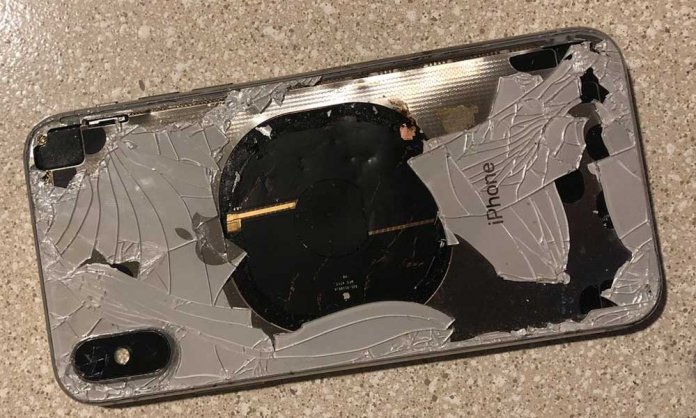 An iPhone X met an unfortunate end when it exploded while updating to IOS 12.1.

The owner and Twitter user @rocy_mohamad  took it to the social media platform to share his grievances as he posted a photo of a badly damaged iPhone.

@Apple iPhone X just got hot and exploded in the process of upgrading to 12.1 IOS. What’s going on here??? pic.twitter.com/OhljIICJan

The user complained that the phone had started to heat up during the update. He got a swift reply from Apple who responded by saying:

That's definitely not expected behavior. DM us, so we can look into this with you: https://t.co/GDrqU22YpT

NDTV has confirmed that the tech giant has taken notice and has reportedly promised an investigation into the matter.

Powered by Apple’s latest six-core chipset, the iPhone X features a 5.8-inch OLED display, the first iPhone to feature such a display. The screen has the highest pixel density of 458 ppi of any iPhone ever and is termed Super Retina display.

With an edge-to-edge display, the phone does not have a home button, it has introduced facial recognition which has replaced the Touch ID that was used in previous models.

Apple claims that FaceID is powered by the TrueDepth camera system on the front, based on multiple neural networks for real-time face recognition.

FaceID only unlocks the phone once the user looks at it and is designed to prevent spoofing by photos or masks. The feature can also be used to authenticate Apple Pay payments.

Make sure you keep an eye on your iPhone while its updating and if you’ve faced similar issues then do let us know in the comments section.