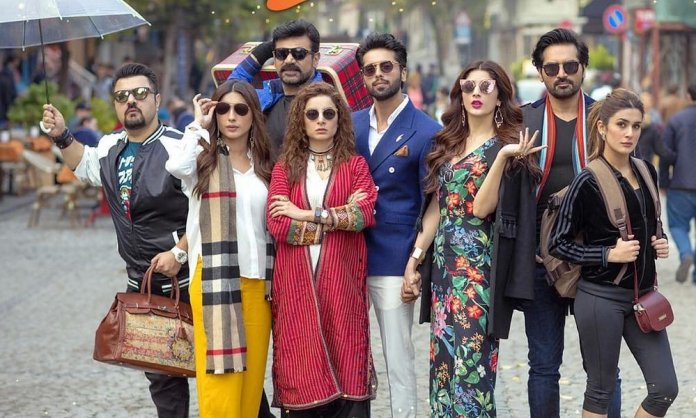 The most anticipated Pakistani movie, Jawani Phir Nahi Ani 2 released its official trailer yesterday and it has created an uproar over social media.

This upcoming rom-com movie consists of a stellar star cast that includes the two handsome hunks Fahad Mustafa and Humayun Saeed and it excites us the most.

However, people from the other side of the border hardly get a chance to watch our amazing Pakistani flicks, but the internet is filled with the trailer and caught the attention of Indians as well.

Various Youtubers have reviewed the trailer and given their reviews to this amazing. There is no surprise that most of them have given positive reviews.

One of the famous Indian reviewers, Superguy, watched the trailer and said that he looks forward to the movie and absolutely loved the storyline.

It was such an amazing trailer filled with comedy and romance. To be honest, some of the dialogues were outstanding and I just enjoyed it a lot.

I am really looking forward to watching this movie.

Check out his full review below:

Helmed by Nadeem Baig, this upcoming flick is written by Vasay Chaudhry and is all set to release this Eid ul Azha.

What are your views about the trailer? Let us know in the comments section below.