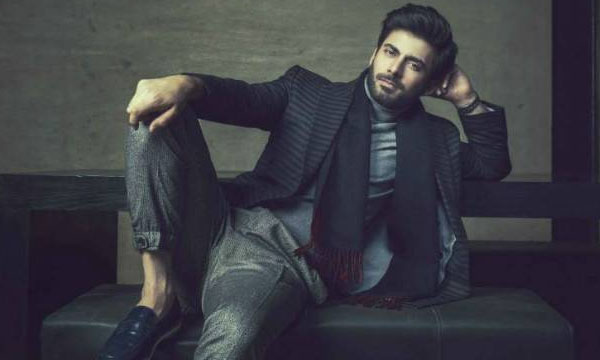 While Fawad Khan is making waves with his acting trysts and charming looks in Bollywood, an Indian journalist apparently wants the hero to return to Pakistan.

In quite a cynical letter to the superstar, Soumyadipta Banerjee expressed how B-town made Fawad  the most wanted actor in both India and Pakistan.

“Fawad, I don’t think you can deny how much love we have showered on you over the past few years. We have given you more money in two years than what you could have possibly earned in Pakistan in 10 years. We have given you the recognition that you would have never been able to earn sitting in Karachi. We made you act in great movies, we helped you endorse brands. And hey, we also made you a bigger star in Pakistan,” Banerjee writes. He added that though Khan has been gracious throughout for the love he had received in India, the actor remained tight-lipped about the moolah he makes for roles in Bollywood films.

“Though you are a supporting male lead in Bollywood movies, you are now a mega superstar in Pakistan.”

“We are proud of what we have done for you. We know that you have acknowledged it numerous times. You have spoken with gratefulness about the love and hospitality that we have shown to you. Though you keep mum about the money, you have earned here, we know that you are grateful to India for showering you with wealth too. Thank you for acknowledging that,” says Banerjee.

However, the journalist stated in the letter that now Indian and Pakistani artist can no more collaborate in light of the recent enmity brewing between both the lands.

“Dear Fawad, whatever we have mentioned earlier is being done by us. India. Your country is doing just the opposite. We talk about dialogues but this is just becoming a monologue of peace from India.” Soumyadipta Banerjee ended the letter by telling Fawad Khan to return to Pakistan, for once and for all.

“Finish what you are doing Fawad and then do us a favour by going back to Pakistan. You see, what you have earned here is enough to last a lifetime. Go when the time is good and don’t wait for people to boycott you. Don’t wait for movies to crash at the box office because you are there in it”.

Nevertheless, he called himself Fawad Khan’s ardent fan as he signed off the letter.

“Take care and let us know when you are getting your air tickets to Karachi done. We plan to give you a grand farewell.

Soumyadipta’s unhappy post has surfaced after the recent Kashmir attack. You can read the Indian journalist’s complete note here.

What do you think about Soumyadipta Banerjee’s letter to Fawad Khan? Share with us in the comments below.