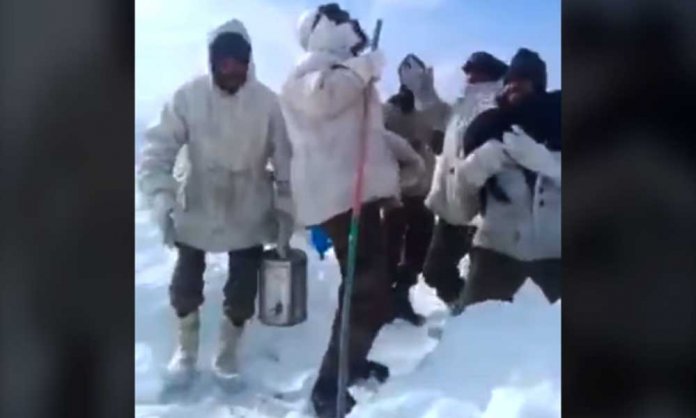 Time and time again, despite the political tensions between the neighboring countries- Indian Army and Pakistan Army have shown support and appreciation for one another. Recently, Indian Army dancing to Pakistani Song has resulted in massive backlash!

A video of the soldiers in the snow is going viral as they groove to the popular Pakistani track Hawa Hawa originally sung by Hasan Jahangir in 1987.

The men donned in white snow jackets with various objects in their hands seem to be enjoying the moment.

However, social media seems to have mixed reactions to their heroes video. Where some support them others are bashing them for this act.

Previously, Both the Indian and Pakistani Army was criticized for dancing together in celebrations during their camp in Russia. It had also sparked a debate among several individuals on social media.

We love to see the love and support both nations share and the countless messages of peace they bring. Have you come across a similar video?