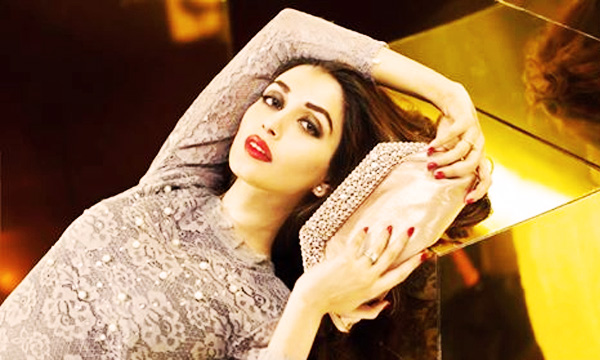 Iman Ali, the timeless beauty, the very own Anarkali of Pakistan is one of the few actresses who will rule the hearts of Pakistani’s with her ‘ishq, mohabbat and apnapan’ forever and ever.

HOT Launch offer by @hsalonpk repost this post / tag your 3 besties H Salon & Spa offers you all a chance to win ✔️ Your free kerastase 5 steps hair diagnostic test ✔️ 5% off your total bill on any service ✔️ Free upper lips and eyebrow threading upon check in to H salon Facebook page All you have to do is TAG your 3 besties / and then what's app your name to (00923008277912) with message ; besties Tag offer accepted!!!! When you visit H salon and Spa, their staff will verify you and give you all of the above 3 offers. This offer is valid till May 15th 2017 #Imanali Styling , hair & make up by: H salon & spa, lane 1 shahbaz commercial area (behind mgees store on khayaban e seher) DHA phase 6.

The bold and beautiful Iman makes sure to create waves on social media and our hearts whenever she makes an appearance. This time she appeared on our laptop screens and the hotness quotient of the entire environment increased.

To be honest, our screens almost melted! Well, some people are worth melting for, aren’t they?

My mission in life is not merely to survive, but to thrive; and to do so with some passion, some compassion, some humor, and some style.

Pictures of Iman Ali’s latest photo shoot for Women’s Own Magazine hit the internet over the weekend and people couldn’t stop themselves from talking about it! Shot by Kashif Rashid, the model looked absolutely gorgeous and floored her fans with her confidence and beauty while wearing Asim Jofa.

Here are the photos.

Just look at her!

She is the ultimate diva!

Fans showered her photos with compliments as soon as the pictures were posted on a popular FB page.

Here are some of the reactions to Iman’s photos.

There were some negative comments as well, as usual!

But as they say, haters gonna hate! keep slaying, Iman. You are the best!