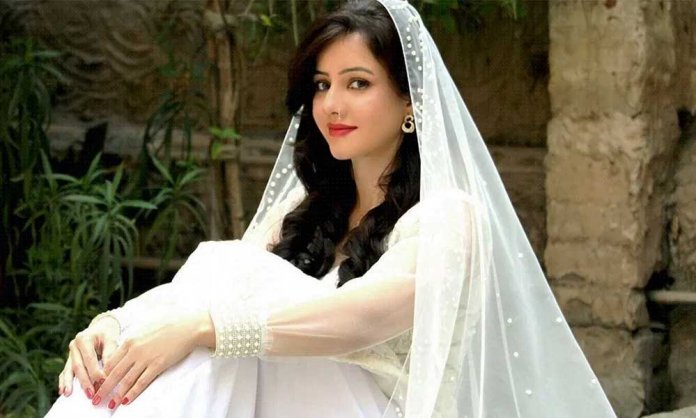 Pakistani pop singer has found herself in the eye of a social media storm after compromising photos and videos of her got leaked.

While a huge chunk of the Pakistani population has found a new way to pass their time through insulting and shaming her for the act.

Take a look at her tweets:

In another tweet, which also happens to be her most recent one, she apologizes for being herself.

In the midst of this storm, celebrities, fan and followers decided to stand up for her, as they consider her the victim of the situation, and soon the hashtag #IamRabiPirzada emerged and began to trend on Twitter.

None is perfect anyways. we are only answerable to Allah. no need to apologise to ppl for who u r. Ppl don't matter.

Please don't apologise. You have nothing to apologise for. The person who posted photos of you without your permission and those re-sharing should apologise.

Meesha Shafi, Pakistani singer and model also took to Twitter and categorically spoke about why she extends her support to Rabi in this situation.

The same women who were accused of speaking up as a publicity stunt by Rabi are defending her unconditionally today. Including myself.
I highly condemn the leaking and sharing of these private videos and will always raise my voice when a victim is being shamed and humiliated. https://t.co/wUE2ZSDgor pic.twitter.com/0PQVP97iMQ

Womens rights activist and lawyer, Nighat Dad shed light on the matter to make such victims aware of their legal rights over this matter.

Those who are weaponizing nonconsensual intimate images and videos of @Rabipirzada and those who are forwarding them are committing crime under PECA. Don’t be a silent bystander, report these tweets and do not forward this violence.

Those who are weaponizing nonconsensual intimate images and videos of @Rabipirzada and those who are forwarding them are committing crime under PECA. Don't be a silent bystander, report these tweets and do not forward this violence. https://t.co/S2eVtp3B4l pic.twitter.com/z0hb4friJM