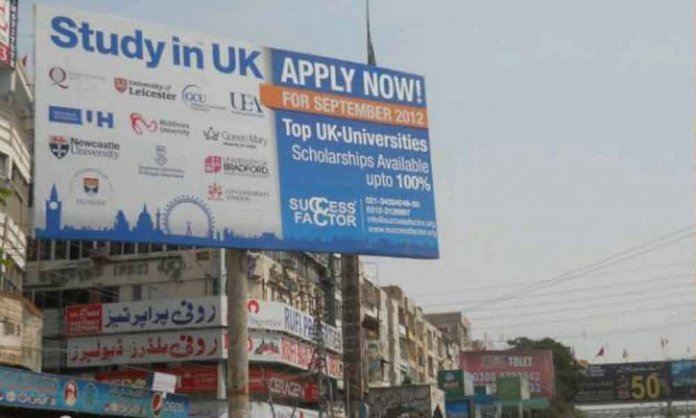 The Supreme Court has ordered the Parks and Horticulture Authority (PHA) to remove illegal billboards across Pakistan.

According to the Nation.com, PHA has been given a deadline of 45 days to take down all unauthorized billboards.

Digital Billboards to Make Lahore the Time Square of Punjab!

According to Chief Justice of Pakistan Justice Mian Saqib Nisar, massive hoardings and billboards have been installed in the vicinity of Lahore’s cantonment, DHA and Railways area.

The order to remove billboards in Karachi will now also be implemented in Lahore. The verdict in Karachi was based on Article 25 and the case in Lahore also falls under the same article.

Chief Justice also stated that billboards can only be installed on private properties.

The bench after hearing the arguments adjourned the proceedings for an indefinite period.