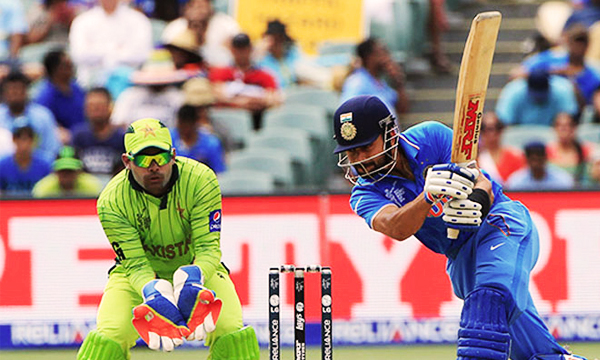 UPDATE: The government made an announcement on Thursday allowing the national team to play the World T20 matches in India, reports Express News.

The PCB Chairman Shaharyar Khan said on Thursday “I am pleased that our government has given its consent for our team to visit India.”

He also added that the ICC has been requested to make special arrangements for the security of the Pakistan cricket team when in India.

“PCB will also be expecting visa facilitation and other arrangements for the Pakistani fans wishing to visit India for the ICC World T20.” he added.

The participation of the green shirts came after weeks of doubts and speculation as the safety of the team on India soils was a major concern.

It was indicated by Shaharyar Khan earlier that due to intense threats to Pakistanis in India, a proposal was given to the ICC so as to schedule Pakistani matches on neutral ground in case Pakistani government does not permit the team to play in India.

Pakistan will have to pay a penalty to ICC if it pulls out of the World T20 as disclosed by Shaharyar Khan, Pakistan Cricket Board (PCB) chairman.

“If we pull out our team from the World T20 then we will have to pay a penalty to the ICC,” – Chairman PCB. However, the penalty amount has not been disclosed.

He also clarified that the decision of Pakistani team playing at the World T20 rests with the Prime Minister Nawaz Sharif. PCB is awaiting approval from the PM. “I just spoke to the Prime Minister’s secretariat today, and as of now, the government has not given us clearance to send the team to India for the World T20,” confirmed Shaharyar Khan.

No reply from the PM has been received by Shaharyar Khan so the decision is still ambiguous.

He also declared that Pakistan hasn’t been threatened with any legal action by the International Cricket Council (ICC) by announcing:

“All these stories about the ICC threatening the board with legal action or the Prime Minister having cleared the tour are not correct. We have sought advice and clearance from the government to send our team to the world event. The Prime Minister’s secretariat has said they are reviewing the situation and will let us know soon”.

As PSL is underway, we can safely assume that our cricketers will get enough practice that is needed for the event.

“It is a routine protocol that the PCB is following but all the vibes from the government quarters is that the Prime Minister will give clearance for the team to go to India”. This statement has been quoted by an unnamed source from The Press Trust of India.

Let’s hope we get to see Pakistan and India clash at the finals of the ICC World T20 2016.

Stay tuned to Brandsynario for more updates on PSL 2016!