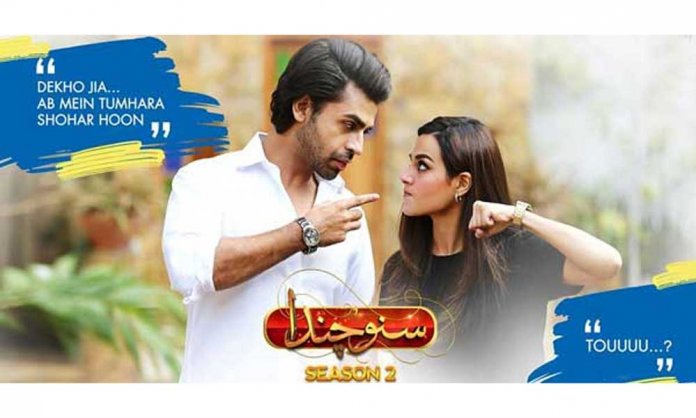 According to exclusive data obtained by Biz Asia, an Asian Media & Entertainment website, Suno Chanda has made it to the top 5 most watched list of shows in the UK.

His tweet made us proud of our local drama

Ratings Watch: #SunoChanda has exceeded all expectations & beaten ALL shows on UK Asian TV (including Star Plus) to take No.1 spot on Thursday, exclusive data on @BizAsia : https://t.co/HUBDf4MhXR @Humtvnetwork #SunoChanda2

Surprisingly, the popular Hum TV show as even surpassed the ratings of Star Plus’ ‘Yeh Hai Mohabbatein’, which ruled at the prime time of 19:30 p.m. with 57,700 viewers.

Suno Chanda has been winning millions of hearts since its first season came out in Ramzan 2018. Its second season is being constantly praised by audiences and discussed on social media quite regularly.

Some people admire the humor.

It's not easy to master comedy,, probably the most difficult aspect of acting they say! One has to have great comic timing and skill to do so and this cast has it all. They know how to put the right amount of humour and not overdo it. Kudos to them! #sunochanda2 #SunoChanda pic.twitter.com/bOHPfiepVC

While others are going ga-ga over Arsal and Jiya’s ‘iconic’ couple.