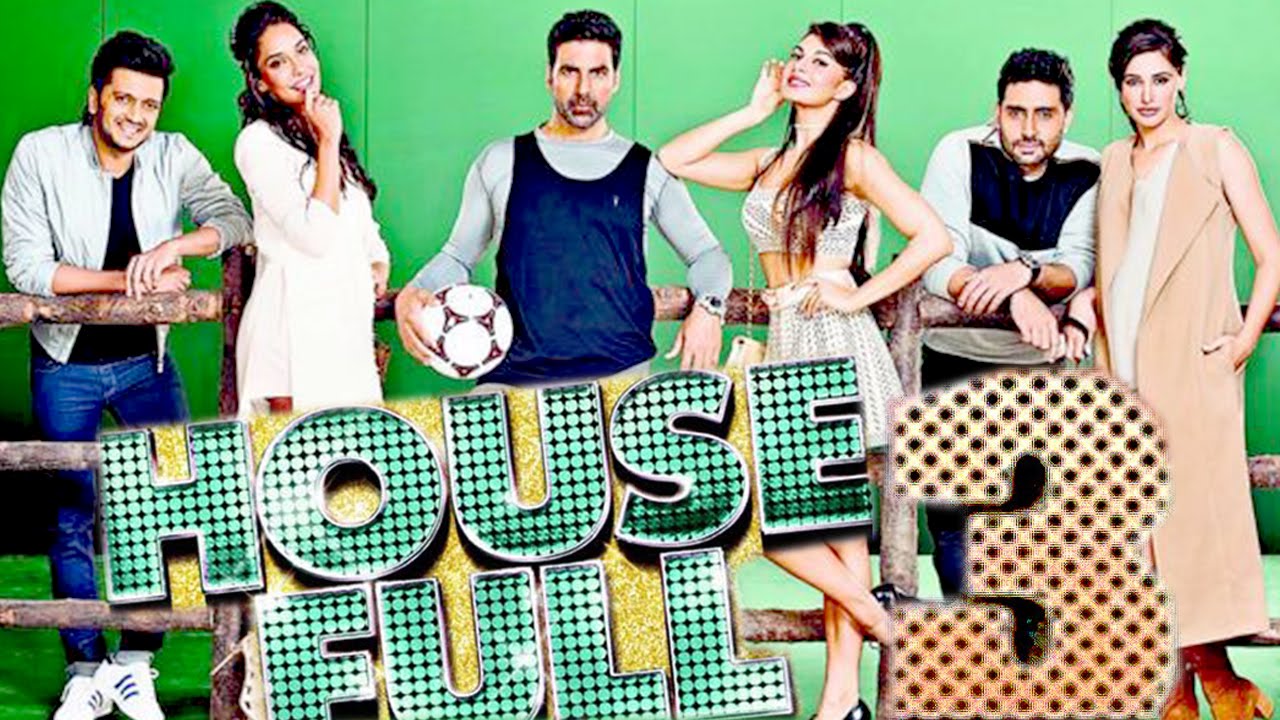 UPDATE: The box office weekend before Ramazan did wonders for the Bollywood sequel Housefull 3. The movie took the cinemas in Pakistan by storm reaping over PKR 50 Million in the opening weekend.

While speaking to a local newspaper, IMGC Entertainment Media and Marketing Manager Sabina Islam stated that different factors made Housfull 3 such a huge success in Pakistan.

“There are very few Bollywood comedy franchises that people look forward to, such as Munnabhai, Hera Pheri or Golmaal,” she said. “But Housefull 3 is at the top of the list because of its ensemble star cast.” The movie was released in 70 screens, Housefull 3 enjoyed a 4 day opening weekend as the screenings started onwards June 2nd.

“Four days aside, the biggest advantage Housefull 3 had over all these other movies was that it had good, clean comedy and was pure family entertainment,” Sabina said.

The Pakistani cinema goers have been assured that they will not be missing out on any of the fun from Akshay Kumar’s rib-tickling flick ‘Housefull 3’. The third part of the famous comedy franchise has been provided with a Universal (U) rating by Central Board of Film Censors (CBFC).

Mobashir Hasan, CBFC chairperson stated that, “The panel has cleared the movie without any excisions.” Hasan also assured that there was nothing wrong in the film. “There is nothing questionable or controversial present in the film that is why the panel has decided to give it a U rating.” In Pakistani, the U ratings is equivalent to General (G) rating of the Motion Picture Association in the US- it permits people of all ages to watch the movie. The present rating of Housefull 3 allows young age viewers to enter cinemas without any adult supervision

Teenage Mutant Ninja Turtles: Out of the Shadows has also been given a PG-13 rating and has been approved without an excisions buy CBFC. Hasan said, “It was a collective decision made by the panel keeping in mind the themes and action sequences in the film.”

Housefull 3 and Teenage Mutant Ninja Turtles: Out of the Shadows have released today, June 3, 2016. Let’s see how these movies do at the box office!

The first part of Housefull earned 75.5 crore, the second part encashed 110 crore and now that the third part of the super comedy flick is ready to hit theatres, it is speculated that the movie will break all records by doing a remarkable business and will earn the title of India’s highest grossing comedy ever.

The third part of Housefull is releasing on June 3rd on approximately 4000 screens all over India and 650 screens internationally. With this film, industry analysts are predicting that the movie will easily cross 100 crore business.

The movie is to premiere on June 3rd- view some of the shots from the promotions of the movie below:

Till yet, Salman Khan and Asin starrer, Ready that was released back in 2011 is holding the title of the highest grossing comedy movie. It did a business of 120 crores and now the third part of Housefull is its competitor that is likely to win this title.

In addition to Akshay Kumar, we will see Abhishek Bachchan and Ritesh Deshmukh along with female counterparts Jacqueline Fernendez, Nargis Fakhri and Lisa Haydon.

Nargis, Lisa & Jacqueline to Improve their Hindi for Housefull 3

The makers released a short trailer of the movie in April, which has now more than 13 million views on YouTube.